Pastor Kumuyi Offers To Resign Due To Son's Wedding Controversy 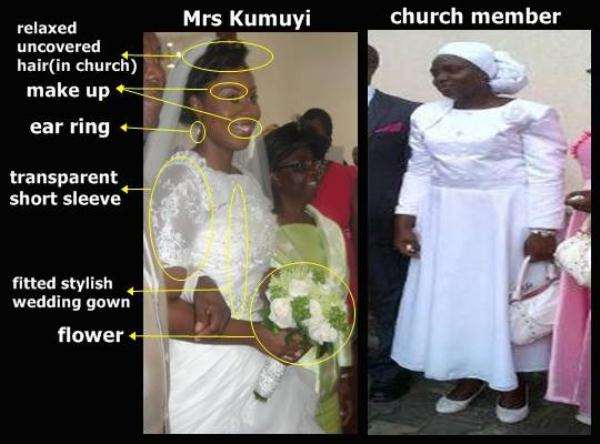 The General Superintendent of the Deeper Life Bible Church, Pastor Williams Kumuyi has offered to drop his position as the GS of the church due to the ongoing controversy trailing his son's wedding.

The Controversy:
Kumuyi's second son, John, and his wife Love wedded in Jamaica on June 15th, 2013 and the wife, Love, decked in attire different from the acceptable standard set for Deeper Life mambers by the church - a simple white cotton dress with no accessory, and makeup free.

Love was dressed in a fitted Cinderella wedding gown with a see through sleeves, wore a makeup, jewelry, and a bouquet of flower, and a huge throat-dripping cake. The couple also drove home in a limousine!

These generated myriad of controversies on social media, and criticism especially from the members of the church.

Though the couple felt remorseful and tendered an open apology but was declined by the father. They were later suspended from the church by the General Superintendent himself.

New Development:
According to Sunday Sun, the practice in the Deeper Life Church is that, if members' children misbehave, both the children and their parents get punished on the ground that it's the parents failing in their responsibilities.

It was learnt that during the meeting held by the leadership of the church concerning the issue, Pastor Kumuyi offered to resign as General Superintendent just to demonstrate there is no double standard in the church, but the members refused his request.