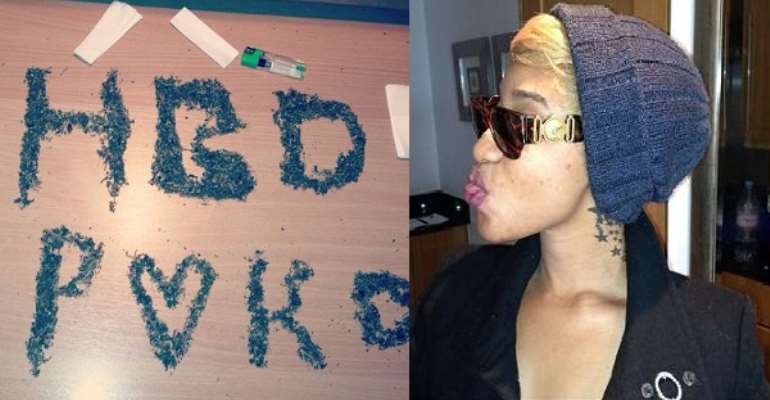 Nigeria's most controversial actress Tonto Dikeh, has surprised the public with her posts on her instagram page today, "Mi smoke gaja, mi smoke weed while my haters smoke gossip". She seemed to have an unusual expression on her face(see above), and her fans express concerns about her well being. She had posted some photo about something wrapped in a paper and the other photo of something like a Marijuana she called it.

She had recently fallen on stage on the 9th of June, at her London performance with Iyanya, she looked like she had great difficulty composing herself during her performance and was escorted off the stage by the MC.