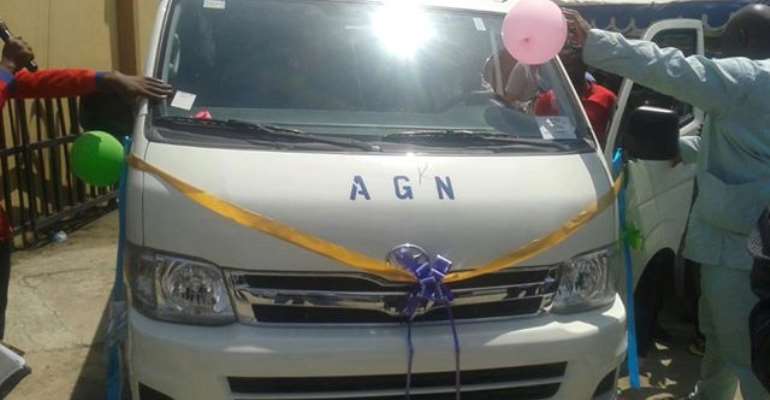 Nollywoodgists.com can authoritatively report that the Presidency has given the Ibinabo Fiberesima-led administration of Actors Guild of Nigeria (AGN) a brand new bus.
Information gathered by us indicates that the bus, a Toyota 18-seater bus, was given to the guild by the Kinsgley Kuku, who is the Special Adviser to President Goodluck Jonathan on Niger Delta Matters and Amnesty.

The bus, according to further information gathered by us, was presented as gift to the National Executives of the AGN.

AGN is gradually regaining its lost glory since Ibinabo was inaugurated as the first female president of the guild. We were informed by some sources in AGN that stability has gradually returned to the actors' body in Nigeria. Her effort to unite warring factions, we were inform, is yielding results.