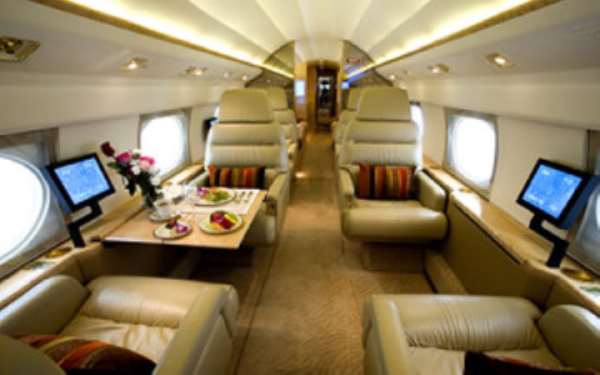 The Federal Government on Sunday said illegal consignments and cash in local and foreign currencies were being smuggled on daily basis in and out of the country aboard private jets.

It also said some persons that securities agencies had declared wanted were being airlifted out of the country aboard private and chartered jets.

As a result, it insisted that pilots flying such jets must declare the passenger manifest before being allowed to take off.

An aircraft manifest contains the names of all persons aboard the plane, among other things.

The Coordinating Information and Communications Manager for aviation parastatals, Mr. Yakubu Dati, told reporters in Lagos on Sunday that the order for the declaration of passenger manifest was necessary to check the abuse of the use of private and chartered jets.

He said for security reasons, especially the need to arrest those who had constituted security threats to the country, the government would not renege on its decision for pilots of private jets to file their manifests before being given Air Traffic Control clearance.

Dati said security operatives had disclosed that many wanted persons were being smuggled out of the country with private jets.

He also stated that some wanted persons were being sneaked into the country without appropriate checks as many private jets take off from private facilities at airports.

Dati spoke on the heels of the criticism that have trailed the introduction of some new policy measures for the private jet sub-sector in the country.

The government had through the National Civil Aviation Policy, 2013 unveiled two weeks ago directed pilots of private jets to file their manifests before obtaining ATC clearance.

It also said foreign registered private jets could only spend 15 days in the country, just as the policy also barred private jet owners from carrying friends and business associates.

Aviation stakeholders as well as the Action Congress of Nigeria had, however, severely criticised the policy, saying most of its provisions were not obtainable in any other part of the world.

“The need for passengers' manifest on private aircraft, if required, can only be the responsibility of the State Security Services, and in the case of private aircraft on international flight, the Nigerian Immigration Service,” Ojikutu said

But Dati insisted that what the government wanted to do was to monitor the operations of unscheduled flights as well as their manifests due to the current security situation in the country.

This, he said, constituted safety challenges because aircraft with private licences were not being subjected to compulsory maintenance checks as those with commercial licences were made to do by the regulatory body, the Nigeria Civil Aviation Authority.

He also regretted that about 80 per cent of the 150 private jets operating in the country were registered overseas; a situation he said exempted them from paying taxes and five per cent charges to the NCAA.

Dati said, “So, when you collate what government agencies lose by the illegal operations of these aircraft, it amounts to over N25bn in a year. And I can authoritatively tell you that it is now a lucrative business that businessmen bring in aircraft to operate as private jets, while they are actually used for commercial purposes.

“So, it makes nonsense of those charter operators who follow the laid down processes and whose business has now been taken away by the illegal private operators.”