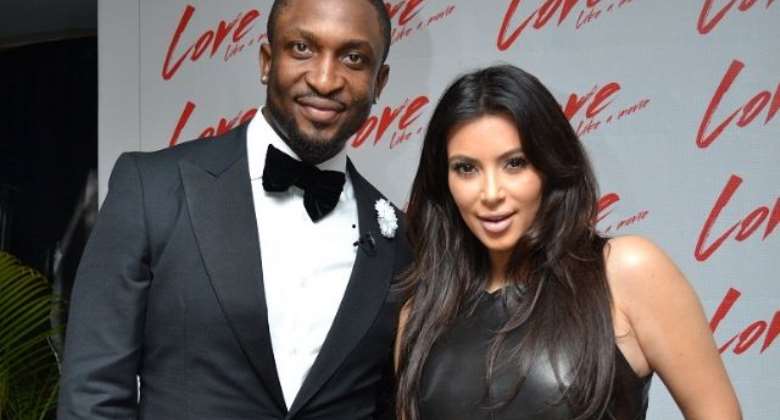 RnB star, Darey Art Alade has denied rumour that went viral last month that he paid the sum of $500,000 to Kim Kardashian to appear in Nigeria for less than an hour.

In an recent interview, Darey confessed that he never paid such an amount to bring the reality TV show star to Nigeria to co-host his 'Love Like A Movie' concert on Valentine's Day.

The former Cool FM presenter failed to reveal the exact amount Kim was paid to visit Nigeria. Darey said he enjoyed the controversies while it lasted and wished it had dragged longer.

[PICTURES] There Was No Need For Kim Kardashian at Darey's Concert! None Whatsoever----Charles Novia