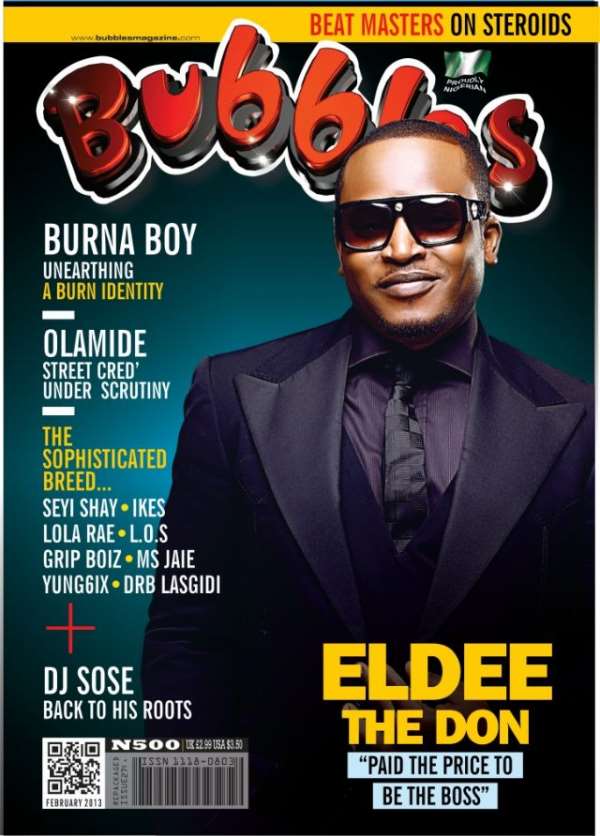 The celebrity magazine featured the music producer and label owner along with his artistes. His recording facilities was also gained access to by the magazine.

According to the magazine's editor-at-large; Ayo Oshun, "we promised to up the ante with edition 26 which came out in January 2013 but we seem to have surpassed the standard we set for ourselves with the February edition; without having to put our best foot forward."