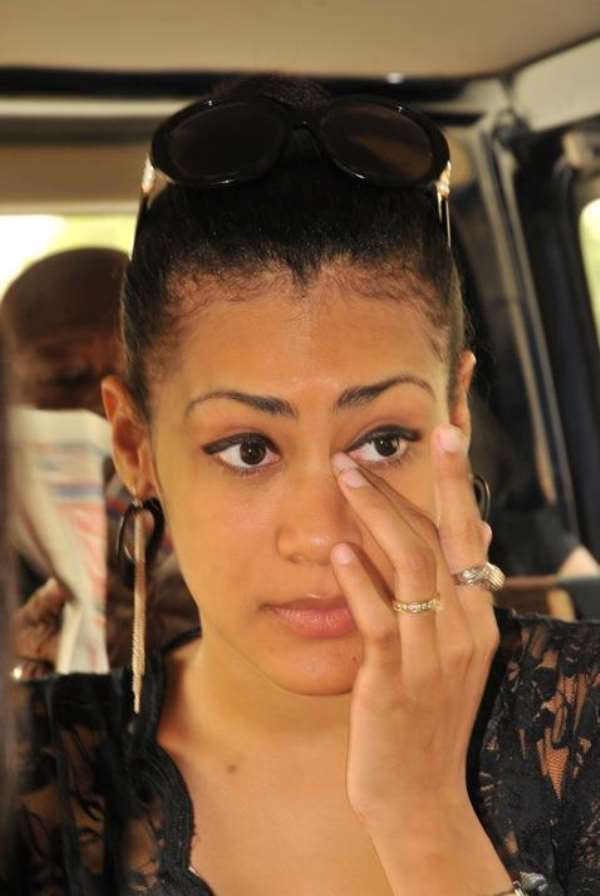 Sonia Ibrahim has tried her possible best to stay away from the media. But unfortunately for her, she was arrested over the weekend and detained for 12 hours for been a stalker. Her neighbor allegedly reported her to the police accusing Sonia for stalking on her ever since she 'Sonia' relocated (move into) to Estate.

For those who don't know Sonia Ibrahim, she's the sister of actress Juliet Ibrahim and she's a model who speaks fluent French, Spanish and English. The report filed to the police has it that Sonia has continuously been following Mrs. Gam-Hammond. Having met in strange places including a trip to France, last weeks encounter got Mrs. Hammond to think beyond coincidence hence calling for Sonia's arrest.

Around the hours of 2:00am last week, Mrs. Gam-Hammond who uses a CD number 'red plate' got stranded on the Motorway over a loose front tire. All calls to reach her mechanic failed but fortunately for her, Sonia Ibrahim showed up in less than 15 minutes and helped her home. From her mechanic's report, the loose tire was an intentional one and not a puncture. This prompted her to accuse Sonia as a stalker.

In an interview with Sonia, she described her neighbour as an ungrateful being and regretted for not ignoring her on the Highway. “I should have reported her first to the police because at a point, I also felt she was stalking at me” Sonia revealed. From information gathered Mrs. Gam-Hammond witness Sonia's fashion show in Paris last month. The case has become very complicated but the police hope to get to the bottom soon.

This is a little gist from Juliet's first movie as a producer. The title is the Number #1 Fan and it features her sister Sonia Ibrahim who nailed her role aiming for the discovery awards. The arrest scene was shot over the weekend and her acting was a natural.

Benita Nzeribe: The Angel of death not at work in Nollywood

FAN ACCUSES OMOTOLA JOLADE OF REFUSING TO MARRY HER DAD

ANCOP Warns Nollywood On Parley With FG Over Centenary Celebration