A DECEMBER TO REMEMBER AT LEE'S CELEBRITY BIRTHDAY BASH

By Lydia Babatunde
Where ‘N’ When 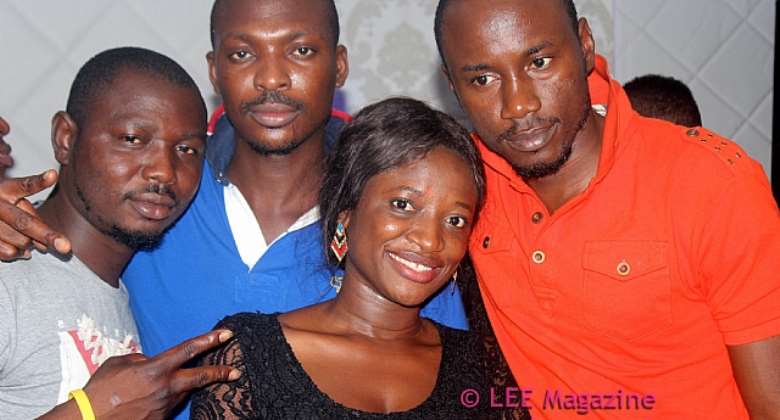 On the 30th of December Club DV8 , a cosmopolitan hangout played host to fun lovers and celebs born in the month of December who were being celebrated and honoured by Lee Entertainment, the brain behind the fast growing Monthly Celebrity Birthday Party .The event witnessed performances from artistes in a cool relaxed fun atmosphere.According to Lydia Babatunde the brain behind the monthly celebrity gig:'We are grateful to God and our partners for how far the monthly celebrity birthday party has gone.From our days of little beginnings, its fast evolving into an event people look forward to.The coming year will witness a lot of upgrading and changes that will take the brand to the next level.'

The December celebrants who attended the event includes:

Artquake, Lamboginny, Ksolo, Lurrenz Onuzulike,Pasto Goody Goody,with support from their colleagues-LKT,Olorisupergal,Oshadipe twins, simply simlpe,the tribe record family.The regular host, Cool fm's shine and Gamed Up 's Say, added spice to the event.For those who attended the party it will go down as one of the memorable indelible fun moments of 2012.