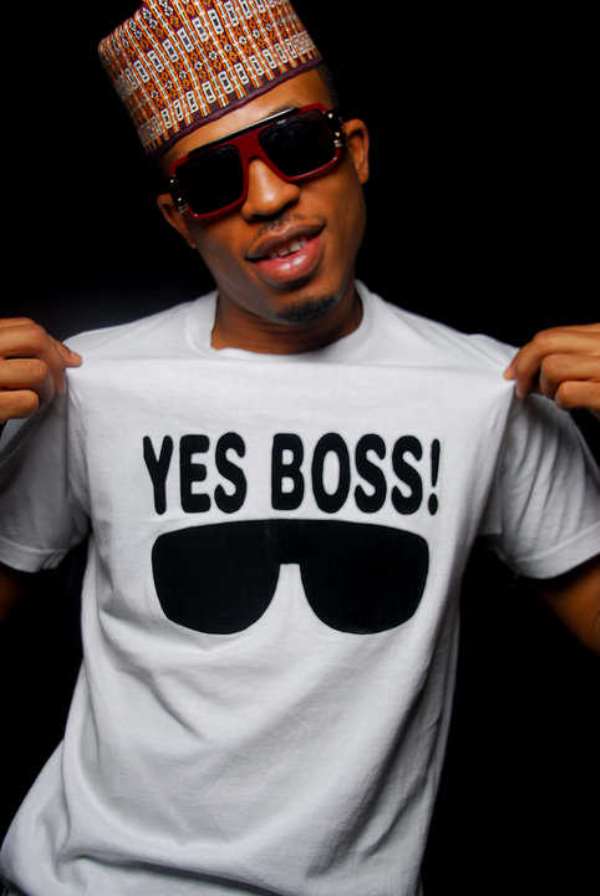 For those who witnessed this show of shame by popular Nigerian rapper, Naetochuckwu Chikwe otherwise known as Naeto C, at the wedding reception of DJ Neptunes, formerly with Raypower FM, held at the City Hall, Lagos Island, surprise and eyesore were words they used in describing how the son of a former Aviation Minister, Kema Chikwe descended himself low like a street urchin.

Eyewitnesses described Naeto C to Nollywoodgists.com like the popular Oshodi area boys especially with the way he reportedly torn the cloth of a popular blogger with Sturvs Media identified as Lewis Grant, who is the Vice President, Business Development, Sturvs Media Ltd.

As the gist goes, Lewis was said to have mistakenly stepped on Nicole Chukwueke, Naeto C's wife's dress, who was standing right behind Lewis along with her husband, Naeto C while he (Lewis) was taking pictures of DJ Neptunes and his wife at the reception. Probably to show to his wife how caring he is and how he can fight for her, Naeto C was reported to have pushed Lewis and commanded him to get away from his presence.

The eyewitness, who narrated this story to Nollywoodgists.com, said that Lewis reportedly told Naeto C not to command him like a boy. This statement by Lewis to Naeto C landed him (Lewis) a 'special gold medal'; 'a hot slap' on his face.

Nollywoodgists.com was informed by one of the eyewitnesses that Naeto C didn't stop there as he reportedly took his fight with this blogger further by tearing Lewis' shirt. Soon, some military men reportedly joined in giving Lewis the beating of his life until one of Lewis' aunties at the party intervened.

Nollywoodgists.com learnt that the military men barred people from taking pictures while Naeto C was busy flexing his muscles with Lewis just like how one of the Klitschko brothers dealt with Samuel Peters. Naeto C with his wife at their wedding in July 2012 .jpg

I regret connecting the guy who secretly recorded Akufo Addo...
51 minutes ago

Let’s go to swear Nogokpo if you're not corrupt – Fiifi Kwet...
53 minutes ago