Late Fashion Designer, Remi Lagos, 51, To Be Cremated In London 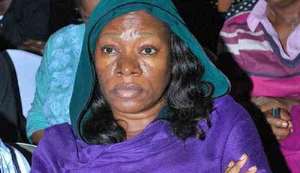 According to the burial arrangement of the late fashion icon, the remains of Remi would be cremated at the Golders Green Crematorium in London on Friday, November 16, 2012.

The 51-year-old late fashionista, would on Thursday, November 15, 2012, have a lying-in-state ceremony held in her honour at the JH Kenyon funeral home.

Remi Lagos was unmarried before her death. She lost her battle to death through cancer penultimate Saturday.

Caste Your Burden Unto Jesus, He Cares For You--Ini Edo Advises

2Face Floats Another Nightclub In Lagos