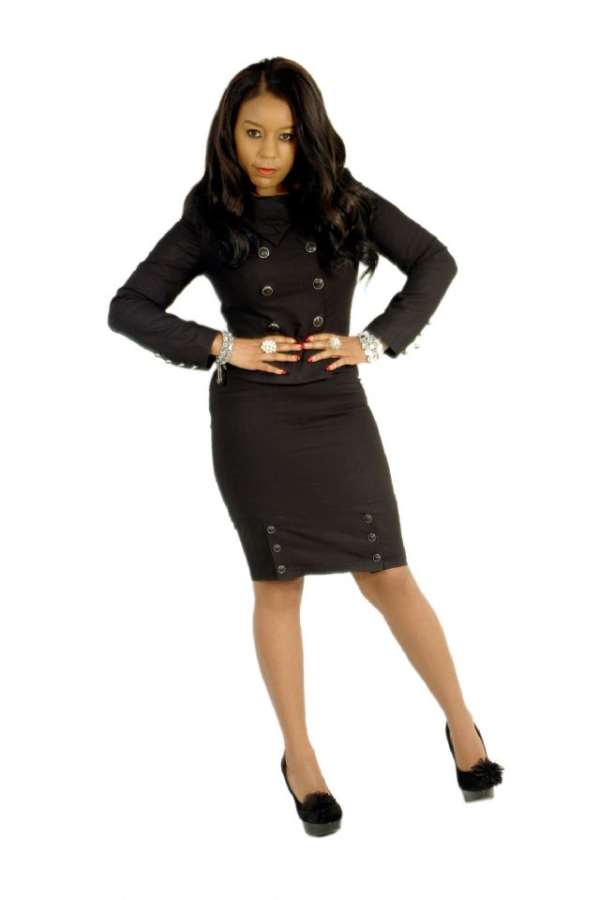 Few years after her crashed marriage to singer, Soul E, many have jostled to have her for keeps but the beautiful woman in her 30's did not find love in any of those male admirers that made their interests known.

However, Queen Ure has now found love and wishes to make it known to everyone who cares to listen. Queen Ure recently disclosed to Nollywoodgists.com in a chat at an event, what her new love is. "My music is my love for now," Queen Ure, who is the daughter of a former Nigerian minister, Dr Okezie, told Nollywoodgists.com.

Disclosing why she ventured into professional music career, the light-skinned beauty stated, "music has always been part of me from childhood. I didn't just take it seriously because I was doing other things. But now, I am doing it professionally. It is not a new field to me and I am out to showcase it to the world. I started music professionally in 2012."

Queen Ure told Nollywoodgists.com that she would release a 15-track album entitled 'Popori' to the market very soon.

I Had Crush On Genevieve Nnaji, I Can Still Date Her---Wizkid Confesses

Rukky Sanda's Back Tattoo; An Attempt To Be Like Tonto Dikeh?

SINGING: WE'RE NOT BIRDS OF THE SAME FEATHER- STELLA DAMASUS

GRACE AMAH GETS HER GROOVE BACK