Bisi Obe/Dino Melaye Pregnancy Latest: I Forgave My In-Law Because He Begged Me With His Mum--Dino 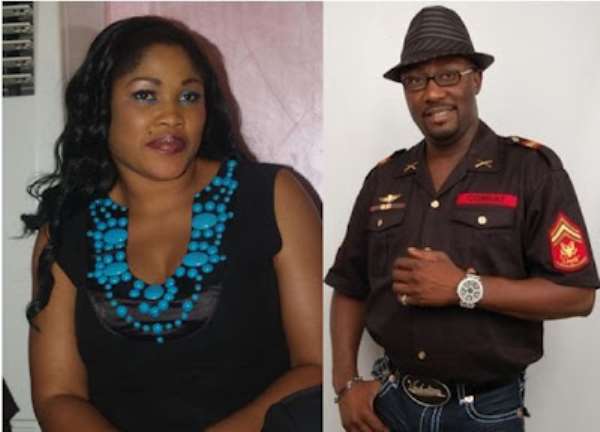 In his twitter attack, Moses, who is a barrister, claimed the former Kogi lawmaker may have been responsible for Bisi's pregnancy. He then tweeted that Dino must be lucky to have married his sister, Tokunbo, who Moses said was the calmest of the Fabiyi girls.

Moses' twitter attack on Dino was greeted with mixed reactions as some faulted the lawyer for igniting the whole matter rather than not take side on the matter so as not to break his sister's home.

Some moments ago, the controversial former Peoples Democratic Party (PDP) House of Representatives member took to twitter to announce that Moses has apologised to him along with his mother, who is Dino's mother-in-law.

He tweeted, "Moses Fabiyi has apologised to me, his mum also did. So, I have forgiven him. Peace."

The controversy trailing Bisi's pregnancy is yet to die down. Bisi has reportedly challenged Dino for a DNA test when the baby is born.