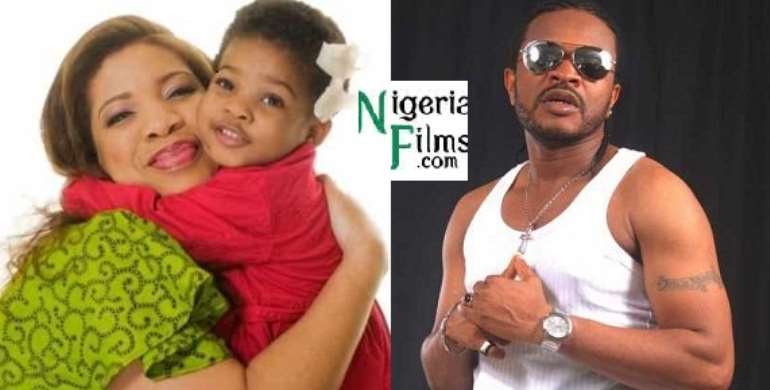 Though it is over three years the marriage of Nollywood actress, Monalisa Chinda crashed, but not many may know how and why the marriage may have hit the rock. What Monalisa has reportedly made the public to believe about her failed marriage was that she was a victim of domestic abuse or violence in the hands of her ex-husband, Segun Dejo Richards, who is a talented media person.

According to what a family source close to Monalisa divulged to Nollywoodgists.com, Nigerian RnB music artiste, Mr Kool, who we learnt is a cousin to Monalisa, was alleged to have been the brain behind their troubled marriage. The source told us that Mr Kool was never in the good books of Dejo for reason only best known to him (Mr Kool).

We were told by this source that Mr Kool was allegedly in the habit of telling his 'sister' (Monalisa) to walk out of her marriage with Dejo. The source said that Mr Kool may have put up this attitude to Dejo because he (Mr Kool) sees Dejo has a man depending more on his wife rather than doing otherwise.

When Monalisa was named a telecoms brand ambassador, we were told that Monalisa changed her attitude to her ex-hubby drastically. Even after their break-up, our source told us that Mr Kool reportedly called Dejo to return the car that was in his possession, which reportedly belonged to his wife, to her.

As a way to avoid insults and embarrassment in future, we were told that Dejo had no choice than to return the car to Monalisa.

Dejo has now remarried. His marriage to Monalisa produced a daughter named Tamar.

When Nollywoodgists.com contacted Monalisa to confirm this story from her, she shouted at us and asked why we are doing a 2009 story in 2012. She then rained abuses on us and hanged up the phone. Give EC Benefit Of Doubt On 24-hour Results Promise – CDD-Gh...
37 minutes ago