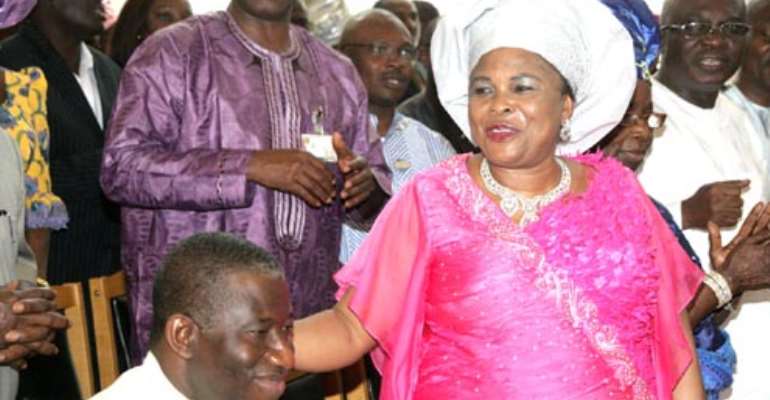 The report claimed that there were speculations that Patience's health may have taken a dire turn at the German hospital she was reportedly taken to. It was first reported that the first lady was receiving treatment in German for food poisoning while some speculated that she may have gone for surgery.

SR reportedly quoted a source to have told them that, "before he (President Jonathan) went into his residence today, the president told some of his senior aides that his wife is still alive."

Moments ago, there were reports that the president had order a change of security details around his wife in Germany. It is a week now that Patience reportedly left Abuja. There have been controversies surrounding her absence in Abuja for some time now.

P-Square, May D Latest: 'I Was Loyal To Square Records To A Fault'--May D Openly Tells