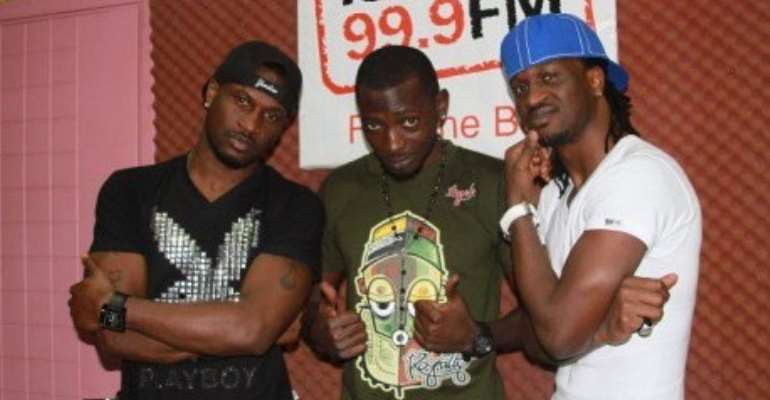 Fans and friends of the sensational artistes, Peter and Paul Okoye otherwise known as P-Square have totally condemn the immaturity manner in which the twin brothers are going about their issue with May D.

If you recall that Square Records released a statement last week stating that MayD had been dropped off their label with MayD claiming not to know what they're on about. While this whole drama unfolds, P-Square have deleted MayD's video, 'Ile Ijo' from YouTube. The video is now unavailable to view on YouTube.

"I think this is rather childish… The fact that an artiste is no longer under your label doesn't mean you should delete anything that links /linked that artiste to your record label. Whatever business Square Records and May D had at the time would have been strictly official. Why would they allow private matters interfere with this? I'm still waiting to see if P-Square will release another version the remix of Chop My Money without MayD in it. That was the best part of that song, by the way," a fan and friend of the Igbo big boys said.