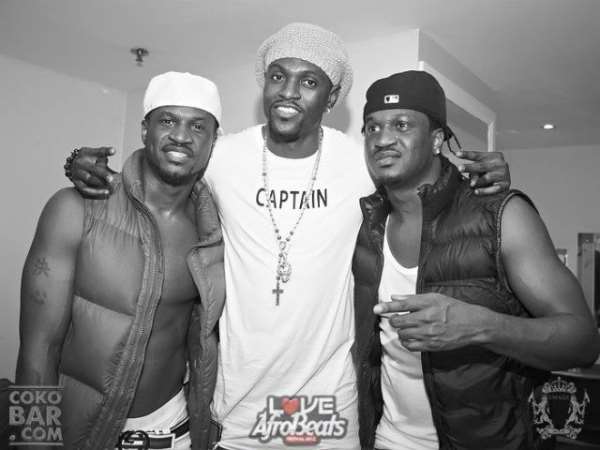 Multiple award-winning entertainers, Peter and Paul Okoye, well known as P-Square, set United Kingdom on fire as their fans stormed out to watch them perform at this year's Afro Beats Festival held at HMV Apollo on Sunday, 26 August, 2012.

The Okoye twin brothers stormed the concert venue with their 14-man band and performed on stage for two hours, dishing out songs from their repertoire monster cuts, yet left their fans at the capacity-filled venue yearning for more. Nollywood actor, Mike Ezuronye also joined them on stage.

Adebayor described P-Square as the best music export from Nigeria and Africa as a whole, claiming that their stage presence and coordination is second to none.

The high point of the lively performance was when P-Square performed their new single titled Alingo. Though the song was released few weeks ago, it was a sing-along affair among the UK fans. Shortly after this, P-Square dedicated one of their hit songs, Beautiful Onyinye, to their late mother, Mrs. Josephine Okoye.

P-Square arrived UK on Wednesday, 22 August, 2012 for the concert organized by Coko Bar. They had a tour of major radio and television stations including BBC. 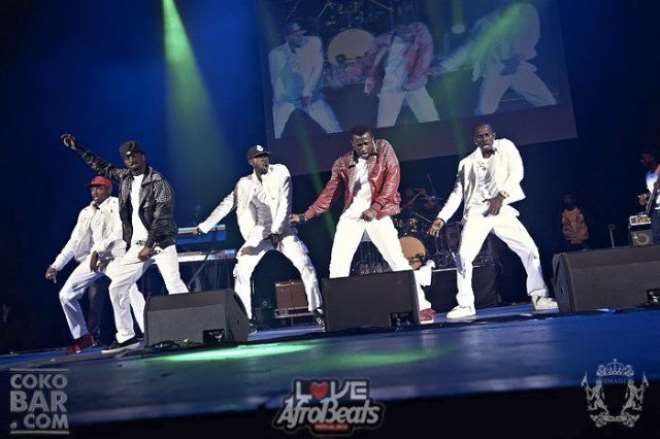 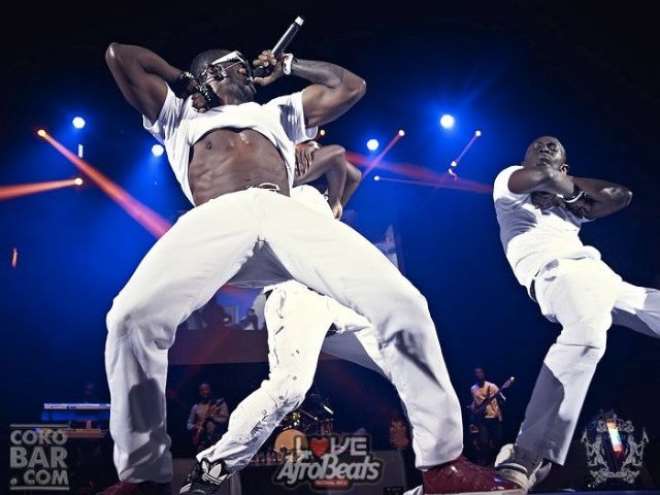 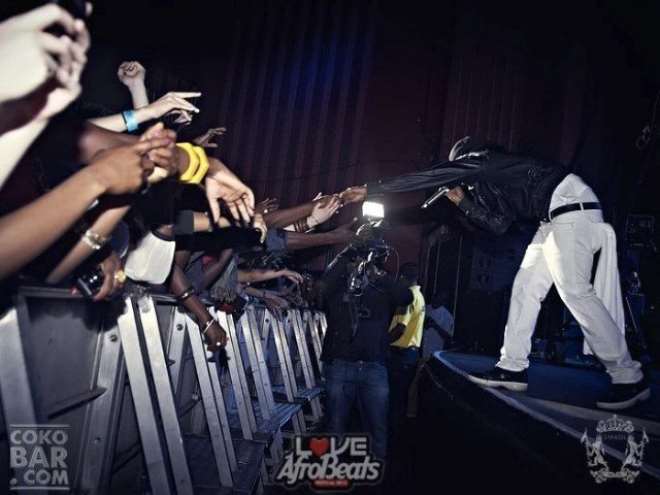 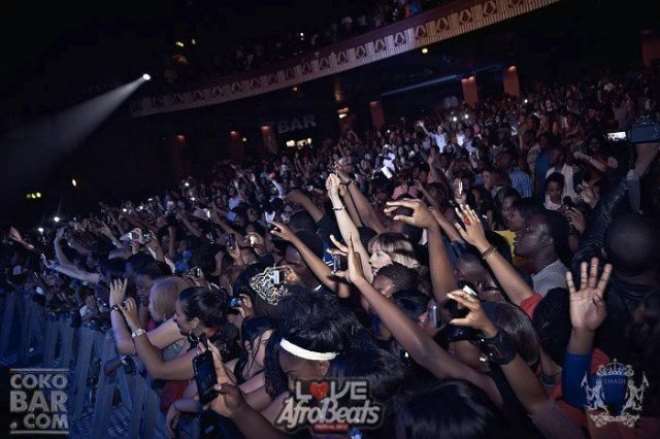