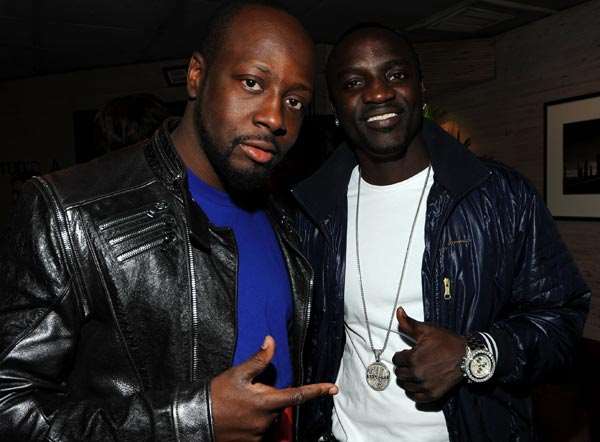 These international superstars, Akon and Wyclef Jean have displayed their love for Nigeria's entertainment industry by appearing in one of Nollywood finests, Jeta Amata in his new flick, Black November.

The Multiple platinum international recording artists, Wyclef Jean and Akon have in recent time associated themselves to Nigeria in affable way.

Why Wyclef aligned himself with Nigerian acts Soundsultan and Faze in past years, Akon on the other hand has been spotted more recently with P-square on music collaborations.

The two stars have however taken their artistry to another level by featuring in this new flick.

The movie recently shot in Los Angeles California USA,is about the struggles of the Niger Delta.

Akon and Wyclef are said to have joined the set during the last phase of shooting, and the movie has since entered post production stage.

"I must commend Jetta Amata, because avenues like this open up Nollywood more, to the international market.

I certainly cant wait to see the movie!" One of the stakeholders in Nollywood said about him.