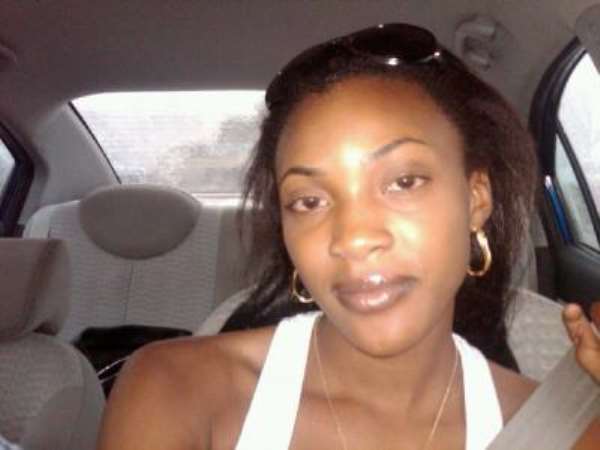 The use of social networks like Facebook, Twitter, Blackberry Messenger (BBM) and others have come under mixed reactions by Nigerians after the death of Cynthia Osokogu who was allegedly killed by some friends she reportedly met via Facebook.

Just days after the news went viral, we received in our mail box a message from a Nigeria (name withheld), who wants us to post her near-death experience with a man she said was a BBM friend. Below is her mail; enjoy and learn.

"Hi, I am Tonia (not real name), a girl who has fears, beliefs, reservations and just your regular typical Nigerian girl. This past few weeks has been one hell of a game for me. I have really been unsettled and I thought I share this story with you.

"When Cynthia (the lady killed in the hotel room in Festac, Lagos) surfaced on the internet and various news media, I was scared and it brought back a whole lot of memories to me and also served as and eye opener. Many people castigated and criticised Cynthia (may her gentle soul rest in peace), but my point is, it could have been anybody, anybody at all.

"We have met people through various social media. Some have ended up well, some have not but with painful memories. To cut the long story short, let me kindly share with you my encounter with social media especially the very popular Blackberry Messenger (BBM).

"I am a graduate and currently serving in Kaduna. I could have runced it, but I needed somewhere to clear my head and forget about my ugly encounter. Here is my story.

"I happened to have a married man as a contact on my BBM. He had been asking me out for over six months and I refused to date him. As time went on, he invited me clubbing with him when his wife was outside the country, and I went with him all night. We spent most of the night at Swe bar, Lagos.

"I also met his clique of friends, married as well with their various mistresses. We had 'mad' fun. After all the clubbing and drinking, he lodged me in a hotel somewhere in Obalende. I felt sort of safe with him. We did not have sex, but he made sweet love to me and touched me in places I had never ever imagined.

"He kissed me passionately but guess what? He did not have sex with me. We did all sorts but there was no penetration. So, to an extent, I trusted he was a good person to be around with. I did not know that it was all part of the plan.

"He gave me N10,000 and put me in a cab to go home the next morning. We kept talking and chatting and sending naked pictures to each other and he told me naughty things of how he wanted to whisper things in my ear, I blushed. We didn't see for two weeks and that was because his wife just came back from Turkey.

"One faithful evening, he pinged me that he was organising a beach party/boat cruise and that he would love for me to be his date and that he wanted to open a BBM chat, as a medium for his friends and my friends to interact. I was excited about it, I just wanted to have fun. I was able to get five of my very hot friends.

"The BBM group opened and we got chatting. I also realise that majority of them were married and working in reputable firms. It was fun and we didn't mind if they were married, we just wanted to have fun, as well as some other girls apart from my friends in the group.

"We chatted exclusively, sent pictures to the BBM group to introduce ourselves, and we had opened group conversations pending the beach party. And as excited as we were, we went shoping for nice sexy beach wears.

"The D-day finally came, we all assembled at the Lagos Island Boat Club. I was wowed because it was a high class party. We were cruising in a boat loaded with goodies drinks and hot babes, and as well 'MARRIED MEN'. I did not care, I just said in my mind that I would not roll with married men anymore after this, that for now, all I wanted to do was to catch some fun. After all, I wasn't paying bills.

"We got there, it was a private beach resort. Most of the beach facilities I got to see there were owned by multinational companies. We got out of the boat, and went to where we were partying. It was a duplex made with wood. It was a very nice setting.

"I felt comfortable because it even had a fence around it separating it from other beach houses around. So, there was privacy and of course bouncers (heavy looking guys) guarding the place. I said to myself, this must be heaven, I must be dreaming.

"Anyways, we felt free with each other because we had been chatting. It was 5:30pm and the party just started. We had drinks flowing from the private bar tender which happens to be owned by one of the men in the group. Reality struck when I realised that I was feeling dizzy and feeling really funny and light headed. Not only me, but other girls around me too noticed there was something strange about it.

"Mr B, the man who took me clubbing, carried me in his hands like a sacrifice and put me down on the floor just as other men also did with their girls. We were eight in numbers; 8 girls, 8 guys, and they all stripped us down and had sex with us.

"All of them took turns in switching partners and slept with all of us. I passed out. That was the last thing I could remember. I felt water poured on me. I noticed all the other girls around me too were half naked and some stark naked.

"We spent the night at the beach, but the men were no where to be found. I looked round me and all I could see was packs of used condoms. I ran to pick my cloths and possibly raise an alarm. I got dressed, found my phone with an envelope. It contained N16,000 and a note asking us to take N2000 each for transport. Tears of anger and rage filled my eyes and the girls around me as well.

"We were drugged and used like tissue paper. I grabbed my phone and noticed a ping came in. I checked my phone and I noticed the BBM group had been deleted, and a message via BBM from MR B came in. He threatened me that if I say a word to anyone, I would regret it.

"I told him he was a bastard, and he said try it. A picture came in, several pictures. In fact, they were pictures of us being naked on the floor. Pictures of the humiliating us but they blurred the faces of the men. In total, I got 20 pictures. I was not myself for a month.

"I went back to school, I had no one to talk to. The rest of the semester was hell for me. My CGPA dropped drastically. It was the worst out of the worst result I ever had.

"Till today, my friends and I have not discussed this with anyone, but all I could do when I heard of Cynthia's story was to narrate my own ordeal anonymously and spread the news, the word, and pray they see it and changed their ways.

"I am now born again. I have given my life to Christ. I fear men so much that I cannot even move close to them. I still have nightmares, but with time, God will strengthen me and I will move on. My advice to single ladies out there is, do not be desperate for fun. Pray to God to open your eyes of understanding, and pray hard. He who kneels before God will stand before kings and queens.

"To all married women, pray hard to God to intervene in your marriages and turn your husbands from bad habits to and bad friends. As for me, I do not think I ever want to get married or date a man again. That chapter has been closed for good in my life.

Please, do not ignore my mail. Please post it. There are a lot of things we ladies need to learn including you. Please post it on your blog and save a soul. It could be your friend, sister, cousin, neighbour.

"God bless you as you pass it on. To all readers, I do not care if you insult me or rain abuses at me. My job is to share this encounter with you and save you from any mishap. God bless you all. Amen."