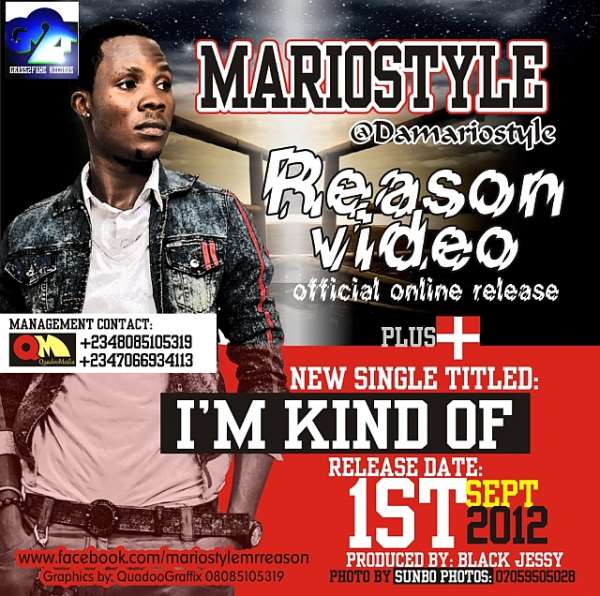 People say he sounds like D BANJ. Ahmed Opeyemi with the stage name "Mariostyle" is an afropop artiste signed unto a self owned record label, G2F Records. He started out as a Fuji artiste before switching into Afro-pop as a result of Fela Kuti's influence on him. He spontaneously modified fela's style and fine-tuned it to his own unique style. He's an act blessed with a unique dancing skills and crowd-pleasing abilities. he released his first major single "Reason" in 2010, and also have a video shot by JJC SKILLZ to his credit in year 2011.

Mariostyle is back from the kitchen to serve us a wonderful dance tune titled "IM KIND OF". he was also rumoured to be signed by DON JAZZY which he (Mariostyle) denied. "i havent even seen Don BABA before, some unknown fans pull that stunt" he confirmed. listen, enjoy