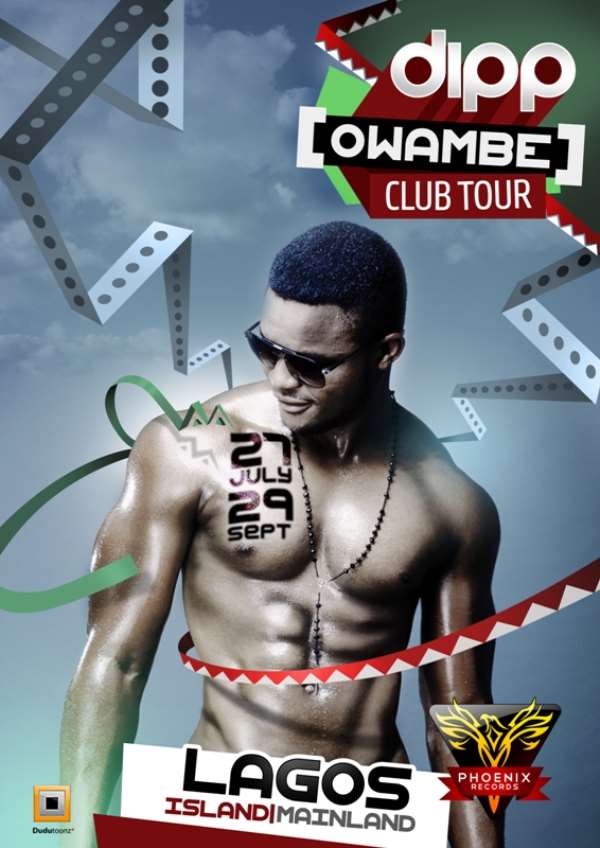 This song has received amazing feedback in such a short period of its release and as a result of this amazing achievement, DIPP! will be commencing an electrifying Lagos Club Tour for the mega hit single this Friday 27th July, 2012 under the umbrella of PHOENIX RECORDS.

According to his rep, DIPP! promises to wow his fans with this new sound, "OWAMBE", a new character starting from his club tour and a new look which he released a few days back and got the ladies drooling.

DIPP! will be shutting down 15amazing clubs during the Lagos Club Tour which starts on the 27th of July and will run every Friday and Saturday till the 29th of September, 2012.

So ladies, are you ready to feast your eyes on the Nigerian R&B/Pop eye candy, DIPP!?