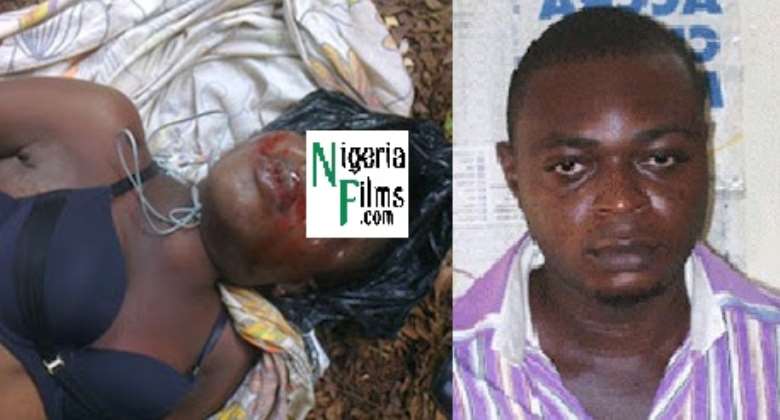 Wonders, they say, shall never ceased. Despite the all the effort of the Federal Government to redeemed the badly smashed image of Nigerians across the sea, a 26-year-old Nigerian man, Nathaniel Udama Edu, is being held by the Mile 7 Police at Achimota in Accra, for the suspected murder of his girlfriend, Matilda Asante, 19, a senior high school graduate at South Afankor in the early hours of Monday.

The body of the deceased was found in the neighbourhood, wrapped in a bed sheet and her legs tied, while her head was covered in a black polythene bag.

Narrating the incident in Accra, the Crime Officer of the Mile 7 Police Station, Assistant Superintendent of Police (ASP), Mr Henry Agbeve, said around 7:30am last Monday the body of the deceased was found on the compound of an adjoining house in the Ga West municipality, lying in a supine position.

According to him preliminary investigations conducted indicated that the body was thrown into that house after the act with the legs tied, the head covered with a polythene bag and the rest of her body wrapped in a bedsheets.

He added that a further police inspection of the body also revealed that her neck was twisted in the process.

ASP Agbeve said what traced the suspect to the murder was the fact that the make and colour of the bedsheets in which the deceased was wrapped, was the same as the pillow cover of the unemployed suspect after it was learnt that the deceased had spent the previous night with her boyfriend, the suspect.

Betting is hurting our game, players and team officials are ...
7 minutes ago