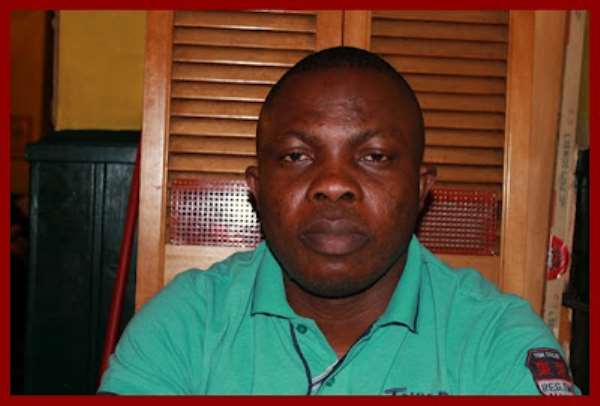 Nigerian Pastor Sent To Prison For Drugs In Australia

This is a sad story of a Nigerian who is a pastor in one of the new generation churches in Vienna called Grace Ministries International. Pastor Joshua Esosa is from Edo State and in the narration of his unbelievable ordeal, he recounted how he had been arrested, framed up and jailed for a crime he said that he never committed.

Below is the story of Pastor Esosa's tribulation:

“I am Pastor Joshua Esosa from Edo state. My story is so sad, humiliating and painful each time I remember that bitter experience of 2nd February 2011. On this day, I just closed from the church and went straight home in twelfth district in Vienna to an apartment provided for me by the church because as at of this time I had problems with my wife and because of the nature of the society we are living in, we were trying to sort out things living separately.

"At about 11pm on this day, my wife called me and said that she was sick and that I should come home to take care of the children so that she could go to the hospital. It was very unusual that I felt somehow. However, I told her that it was already too late because it would take me about an hour to get to there now and whether she could not wait till the next day. She insisted that I should please try to come. So, I now went to see her. When I got there it was around 12midnight and I had to press the bell because I did not have the key. And before I could open the door the police had already accosted and apprehended me and said, 'You drug dealer, drug dealer, drug dealer'.

"And I said, what; me a drug dealer? I did not even resist them as I allowed them to search me. They searched me and found €600 with the church cash card and said, 'Yeah this is the drug money'. I told them that €400 of that €600 was the money of the church that I had withdrawn few hours ago from AKH and that if they go to the bank they would see that what I had told them was the truth…

"Before the first hearing they said that they had found powder which I had used in mixing drugs in my room and I told them that the only thing I knew that I had there in my room was powdered yam and I did not have any other powder and if they had found any other thing in my room it meant they had put it there. They said that they had also found black canvas in my room that was exactly the same type the drug dealer had worn and therefore it was evidence against me. On the court day my witness now brought the powdered yam to the court for the police to see that it was not the type of powder they had conceived in their minds.

"The judge now queried them why had they not done an examination of the powder in the laboratory first before coming to the conclusion that they had found a powder which I had used in mixing drugs? They now brought eight people to come and testify against me that I had sold drugs to them, but I thank God that six of the people said that they did not know me except those two people that were in the prison. And importantly too, one of these people that were supposed to have testified against me told the court that I had not been the one because he still had bought drugs from the person they had been looking for while I was still in prison. Again the judge ignored this information.

"I was finally sentenced around ending of July 2011 and on September 23rd 2011 I was released. I was freed on a Friday and usually our prison closes on Fridays 12pm so while the door of our prison was opening that day I was let out, I was thinking that they were bringing in a new person but was surprised when I was told to pack my things within 5 minutes and leave. I had a bad feeling going through these sad moments within these few seconds and reacted to know why I should be asked to leave in 5 minutes under such command after having been kept here for so long. The person who brought the message said that he had told me, he closed the door and left. My roommates celebrated with me and helped me to pack my things. 5 minutes time he actually came, pushed me out and gave me €50 for my transport and asked me to come on the coming Monday to take any of my remaining things.

"I spent about 8 hell months in that prison, from February 2011 to September 2011 for a crime I had not committed. I was traumatised for a sin I knew nothing about probably because I am a black man and a Nigerian. I nearly went mad for what I never imagined in my life. Over my dead body that I will deal on drugs as a man of God, my yes remains yes, I am not guilty. As I speak now, I do not know on which ground or why I was released because according to the sentence I was not supposed to have been set free before May 2012. 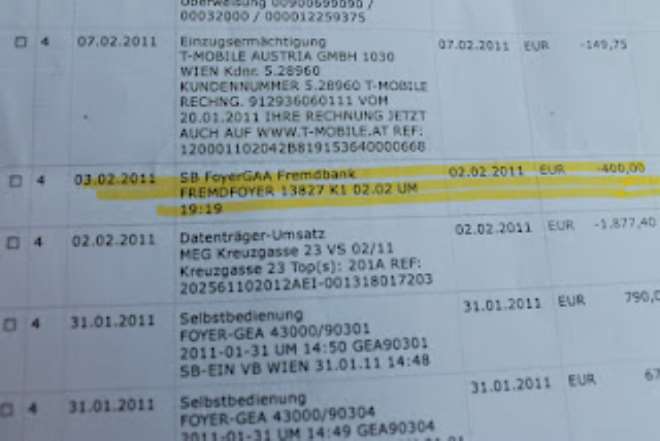 Please electronics don't tell lies. The full page of the account
statement of the churh. The high lighted place shows the day
and time Pastor Esosa made the withdrawal of the money the
police found with him. But the judge again reject this as an evidence. .jpg Part of the full page of the account statement showing
clearly the name of the church and the name of the financial secretary
who made this document available to me .jpg This is the pounded yam powder which is very common in every
Nigerian household that the police took as cocain powder. One
of the evidences the police was holding strongly against pastor Esosa..jpg This is the type of shoes the police claimed the drug dealer had worn.
Are you a Nigerian living in Vienna, Austria and having this kind of shoes?
You could be a suspect. .jpg Picture don't tell lies. This door is still in a sorry state that they
are still using some tissues and papers in supporting it to stay closed. .jpg