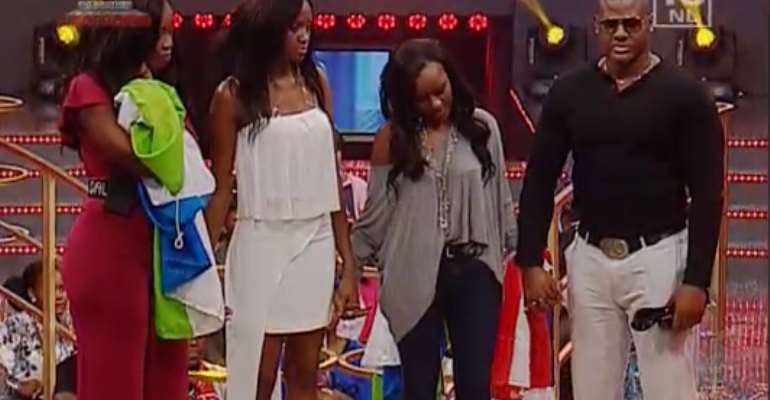 Zainab dodged the dagger and was elevated to Upville while Luke, Yadel and Dalphin were Evicted. After a strenous week in Downville, Liberia bade goodbye to StarGame while Sierra Leone lost Dalphin but still have the confident Zainab in the game. As usual, the Housemates gathered in the lounge in anticipation of the fate of their Housemates. Zainab and Dalphin were the first to be asked to leave the House. There were a lot of “I love yous” and hugs exchanged proving that the girls had made a mark on their Housemates.

Asked about her relationship with Seydou, Zainab said they don't really hate each other but they just didn't get along. Dalphin said she enjoyed every moment in the House but she didn't like how some people took advantage of each other. Luke and Yadel were next in line and Luke couldn't hold back his tears. On stage, Yadel was asked if she's still in a relationship and she said “I was and I hope I still am.” Dalphin was the first to be Evicted followed by Yadel then Luke. At that point, Zainab was already in tears. Yadel, Luke and Dalphin will surely be missed.

No petty trader will pay income tax in my next gov't — Maham...
23 minutes ago