London holds breath for the Last Flight to Abuja 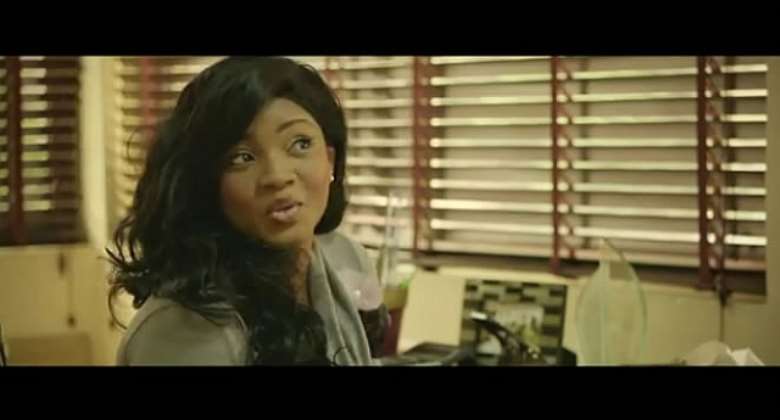 The African film industry is fast coming of age in its spirit of enterprise. More African film-makers are getting highly skilled, more daring and more inventive in their work. Whilst a good number of films coming out of Africa today still leave a great deal to be desired in the overall quality of the scripts, the acting and direction, what is clear is that more of these films are finding their own clear voices and pictures that authentically portray the African story and experience whilst speaking an international language. The films now tend to appeal to global audiences without sacrificing their African sensibilities.

The Mirror Boy
Many films from Africa, especially from Nollywood, the Nigerian film industry, premiere in London quietly in hotels, cafes and cinemas. In 2011 Obi Emelonye's 'The Mirror Boy' pushed the boundaries. The film made by OH Films and The Nollywood Factory was perfectly branded. The film's logo, and promotional materials were professionally cut, and carefully placed in the media in such a manner that the film captured the imagination of the African film lover. Add the pull of the film's superstars Genevieve Nnaji and Osita Iheme, and 'The Mirror Boy' became the hottest ticket without doubt in London in February 2011. 'The Mirror Boy' premiere at the Empire Leicester Square was simply mad to say the least. Up to half an hour to the sold-out event, our phones continued to ring as people desperately wanted to buy tickets and not miss out. Thankfully, the feel-good adventure did not disappoint and went on to enjoy over 8 weeks cinema release in 10 Odean screens across England. The film then travelled to Gambia, Ghana, Nigeria breaking box office records, and appeared in festivals in Monaco and Canada. A truly remarkable achievement marking Obi Emelonye as one of the more visionary and ambitious Nigerian film-makers keen to take Nollywood to the mainstream world cinema stage.

Last Flight to Abuja
Emelonye's new film 'Last Flight to Abuja' is an air disaster movie based on actual events that took place in 2006; the year the gods of the skies were definitely angry with Nigeria and planes fell out of the sky like those black birds in the TV series 'Flash Forward.' In making this film, Emelonye has assembled once again an impressive cast that include Omotola Jalade-Ekeinde ('Ties that Bind,' 'Mind Game,' 'Mortal Inheritance.'), Hakeem Kae-Kazim ('24,' 'Hotel Rwanda,' 'X-Men Origins: Wolverine.'), and Jim Iyke ('Between Kings and Queens,' 'Extreme Measure,' 'Life in New York.')

'Last Flight to Abuja' will premiere at the trendy Troxy Cinema in London on the 8th of June, 2012 and confirmed to walk on the red carpet are the stars of the film Omotalo Jalade-Ekeinde, Hakeem Kae-Kazim, Jim Iyke, Jide Kosoko, Uche Odoputa, Jennifer Oguzie, Uru Eke and Anthony Monjaro. The organisers of the premiere are promising to make all premiere attendees feel like stars themselves at the event and at the After-party following the screening at Troxy.

Billed as potentially the biggest African movie premiere event of 2012 in London, what many people who witnessed Leicester Square stand still during the premiere of 'The Mirror Boy' are asking is this: Will 'Last Flight to Abuja' match the magic of 'The Mirror Boy'? Obi Emelonye and Charles Thomson; producers of the film are confident that the film will meet and exceed the expectations of all those who have been clamouring for more quality stories, and quality production from Nollywood.

Tickets to the 'Last Flight to Abuja' premiere are available in advance only. Nollywood Focus, one of the film's premiere partner is currently offering everyone who buys a ticket to the premiere before 31st of May, a small discount of 2.5% on the ticket price and a chance to win 1 of 2 free VIP Circle Seats. More information about this promotion is available at www.nollywoodfocus.com

*Nnorom Azuonye is a writer, publisher and promoter of the arts.