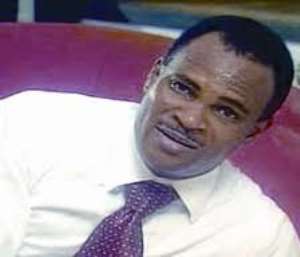 Nollywood actor, Fred Amata, was on Wednesday [Mar. 28] ordered by a Surulere Magistrates' Court in Lagos to pay one year rent arrears amounting to N600,000 to his landlord.

Amata was dragged to court in September 2010 by his landlord, Pa I. Fadoyebo, who asked the court to help him repossess his house from the actor.

He claimed that Amata owed arrears of rent on the four-bedroom bungalow he was occupying at No 8, Razaq Balogun St., Surulere, adding that the rent had accumulated from October 2009 to September 2010.

In his judgment, Magistrate Mukaila Fadeyi did not order Amata to vacate the property, but ordered him to pay the arrears within 14 days. He blamed the lack of diligence prosecution on the part of Fadoyebo's counsel, Mr Y. A Adeshina, for the court's inability to assist the landlord in re-possessing the house.

Fadeyi faulted the tenancy agreement signed between both parties, saying it was not dated while the seven-day quit notice was not served on Amata. Fadoyebo had on Feb. 7 testified that Amata was a bad tenant who brought all manners of people into his compound.

Amata was not present throughout the court proceedings and neither he nor his counsel, Mr Chris Okoh, was in court when the judgment was delivered.

Bagbin fly to Dubai for medical review after budget rejectio...
57 minutes ago