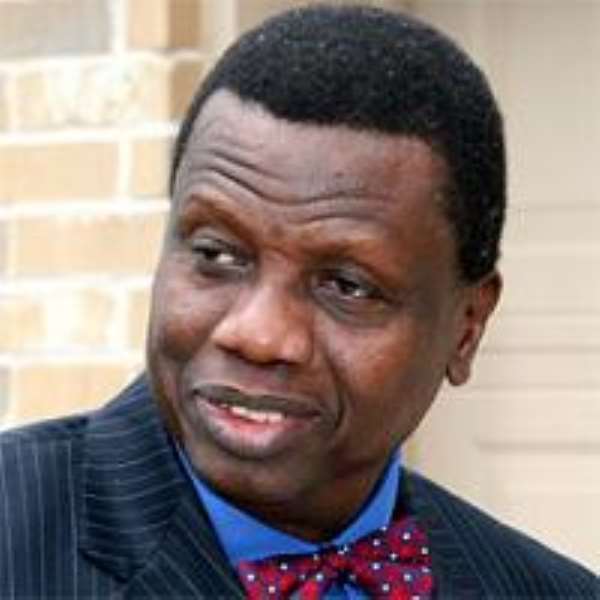 It is no longer news that the General Overseer of the Redeemed Christian Church of God,Pastor EA Adeboye would be 70 in March.Ordinarily,by now,representatives of the various parishes of the church all over the world would be criss-crossing the country and continents,trying to put together a befitting birthday for the man who is widely called PAPA by his followers.

But in a surprise move aimed at preempting all that,it was announced all over the RCCG churches a few days ago that the birthday party would not hold and that no parties would take place at all.

This was a far cry from what happened when he was sixty and when he was sixty five.Not only did he bar any form of celebration in form of parties,he made it known categorically that he would not want any Aso ebi or dresses made for the occasion.

According to the statement,Pastor Adeboye declared that he had other high priorities that he wanted to spend money on and if anyone believes that he has touched their lives and wanted to celebrate with him,they should join him in actualizing his dreams.

One of the dreams which was made known was the fact that he initially conceived the Redeemers University owned by the Redeemed Christian Church of God as a multi-campus University with its main campus in Ede,Osun state.Based on the exigencies of finance however,the university had remained at the Redemption Camp along Lagos Ibadan Expressway.

He therefore said it would be his wish if those who wanted to support him could help in building a befitting Main campus in Ede as a mark of his birthday,each parish of the church would have levied its workers,he made it clear that what he wanted was not levies but gifts from individuals who wanted to join him in actualizing his dream since it was a personal thing.

He also forbade placement of advertisement in the newspaper,magazines as well as in the electronic media saying funds for such could be donated towards the same project if those who want to place such advertisement really believe they want to help him.

Adeboye,who is one of the most revered religious leaders around was last year listed among the 100 most influential people in the world.Under him,the church has expanded in leaps and bounds with parishes in over 80 countries of the world.