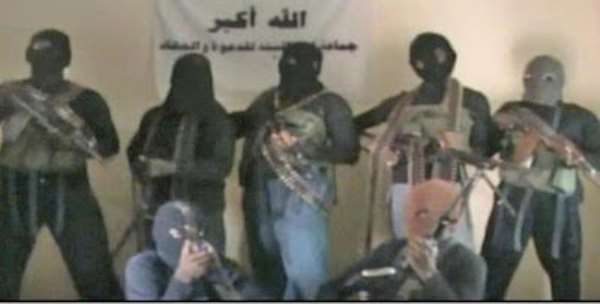 According to news from grapevine, 6 members of Boko Haram sect has been killed during a fight that broke out between two factions in Maiduguri, Borno State.

Sources revealed that a faction that broke out from the sect( Ansaru) is battling for supremacy, and wrestling power from the de-facto leader, Abubakar Shekau, in a bloody manner and many of their followers are considering dumping the sect, and relocate back to Chad Republic.

It would be recall that the Senior Pastor of Living Faith Church Worldwide (a.k.a Winners Chapel), Bishop David Oyedepo some days back released God's judgement missiles into the camp of Boko Haram.

He said in one of his sermon; "God has anointed me to lead a revolution against jihadists. Enough is enough of their activities,"