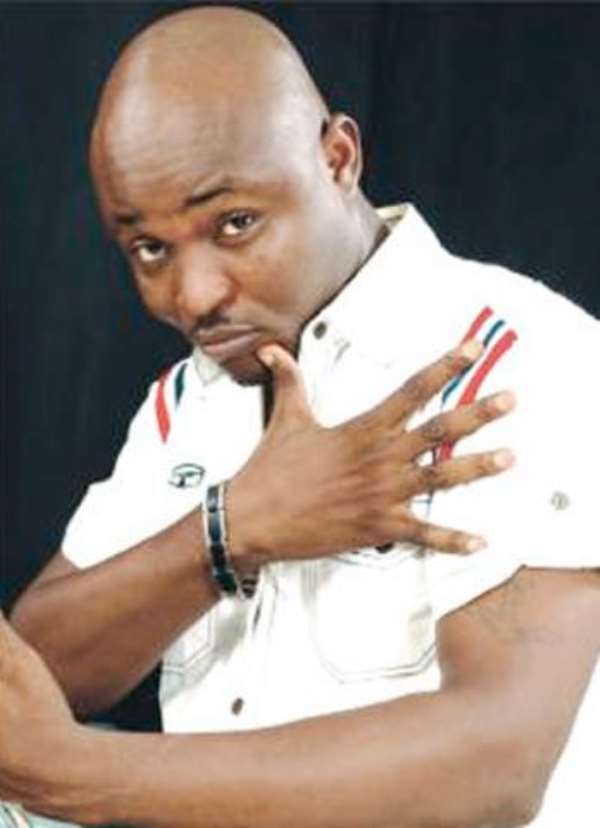 People who are closely following activities in entertainment industry will unarguably agree that erstwhile hot stand-up comedian Gandoki has disappeared from the scene of showbiz in Lagos.

Close sources disclosed that Gandoki has finally relocated to Warri,Delta State and has abandoned everything that has to do with Lagos entertainment circle.

They informed that two years back,other top stand-up comedians who usually stage the biggest shows in town stopped involving him in their shows.They were said to have abandoned Gandoki and shunned his contributions and services in their concerts.

The development triggered a serious fight between the comedian and the popular singer who vowed that he must refund the money or put his career on the line.Like someone who was blacklisted,gradually,the name Gandoki stopped appearing on the list of comedians who will perform at various concerts held in and outside the country.

The politics of how to get jobs and prove his honesty to his friends and colleagues became an unbearable challenge for this talented rib-cracker as he withdrew from the scene and eventually moved back to his former base,Warri.

Right now,Gandoki is said to be one of the biggest names and comedians in Warri as he is not only organizing the big shows,but also grooming younger artistes who are making the state proud.