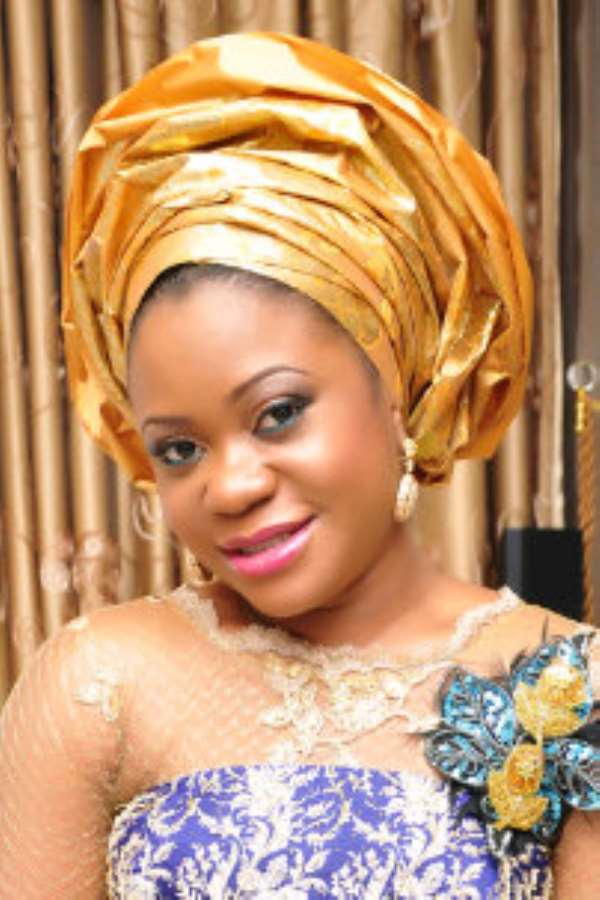 Waoh!, despite all the hullabaloo that has greeted the removal of the fuel subsidy which is causing untold pain and anguish to the majority of the populace, this mother of all wedding ceremony is going on Live today! A pre-wedding had preceded this particular occasion on January 5, 2012 also in Abuja,the FCT.

Yes! today-January 7, 2012 of the new year is the white-wedding ceremony between the very gorgeous-Nneoma-the daughter of the Executive Governor of Abia state- Chief Dr. Theodore Ahamefule Orji-the Onye Isi Ochichi Ndi Abia and Obinna-the very handsome son of the Action Congress of Nigeria governorship candidiate in Imo State at the last election-Senator Ifeanyi Godwin Araraume-the Ugwumba Okigwe & Chinyereugo of Amandugba, Orlu just to mention a few of his titles. READ FURTHER DETAILS BELOW, INCLUDING DETAILS OF THE ENGAGEMENT.

Obinna and Nneoma are been joined together in Holy Matrimony as we write this report: the church wedding is on at the Holy Trinity Church, Wuse II, while the reception is going to be at the very imposing ThisDay Dome.

The lucky wedding planner/ coordinator and decorator is Ayiri Oladunmoye of Oaken Events and from what we have gathered they have planned to pamper at least about 3000 guests. If what happened at the Engagement ceremony would be used as a yardstick for the planning of this particular reception, then all the guests should be ready for a fantastic time.

The engagement/Traditional ceremony took place at the tail end of last year-December 30, 2011 and the venue was the massive Umuahia Stadium,Abia and the venue was filled to the brim. The very imposing tent used for the occasion was supplied by Balmoral tents and it accommodated 3,000 guests conveniently and there were 2 screens inside the tent for all to view the ceremony at it went on, while the tent itself was decorated by Ibidun Ighodalo's Elizabeth R, the whole event was coordinated by Ndidi Obioha's Enthyst Events, while Sound, screens and lights were supplied by Debo Alexander's GongBeat and from the feedback we got, it was a good job well-done by the vendors: lucky vendors don't you all think?

For those who could not enter the tent, like the normal guests from the local governments et al they were all catered for around the stadium, we cannot describe the largesse that was available enough. 4 Massive screens were placed around the stadium, so that all can view what was going on in the tent and other parts of the stadium at real time without any encumbrance.

And as par entertainment, apart from about 6 to 7 local bands from around Abia and its environs that rocked the occasion, the main highlights were the trio of P-Square-the twin duo, Brackets-also a duo and J-Martin who turned the venue to a mini concert arena, churning out fantastic jams after jams from their repertoire. At the end of the day, all who came went away very happy and some with carrying away gifts.