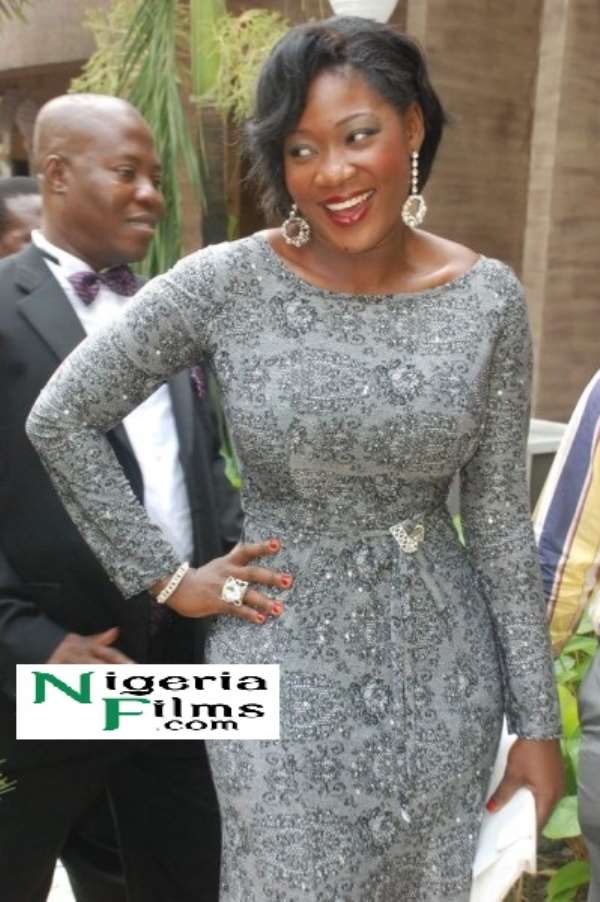 According to fresh gist pouring in on the ever busy desk of NigeriaFilms.Com from an eye witness grapevine, there might be another big war to break out in the movie industry between Mercy Johnson and another colleague of hers, Collette Orji.

As we learnt, the two beautiful actresses, who were once in good rapport and have both worked together on some movie projects, which include Strength Of A Woman, Diary Of A Player, and others, are now enemies of each other.

The gist getting to NigeriaFilms.Com confirms that trouble started when Chika Ike was getting too close to Collette, who is also an Abuja based actress as Chika Ike. This development, we learnt, did not go down well with Mercy Johnson, who believed Chika Ike should not be associated with non A-list actors in Nollywood.

As we were told, Mercy confronted Chika Ike about this, but Chika didn't heed to the advice by Mercy Johnson not to associate herself with Collette.

According to the source who confidently divulged this information to us, this step by Chika not to let go of Collette has a bit strained the relationship between Mercy Johnson and Chika Ike.

The source which witnessed the brouhaha further told NigeriaFilms.Com that Mercy Johnson and Collette were on a movie set this month in Festac, Lagos, but trouble almost broke out when Mercy Johnson told Collette to stand up from a sit she was sitting on.

The source further said that, “another funny incident was a scene that is yet to be shot, where Mercy's Jeep was used as prop in the movie, and you know what? That was the car that Collette and Frank Artus and Maureen Solomon would be in for the scene.

“But when Mercy Johnson learnt that Collette would be in her car for that scene shot, she drove her jeep away from the location and gave an excuse of having an urgent call to attend to outside the location. We all know that she does not want Collette enter her car.”

We also learnt from our source that the scene is yet to be shot by now..