By Louis Iba And Sam Otti 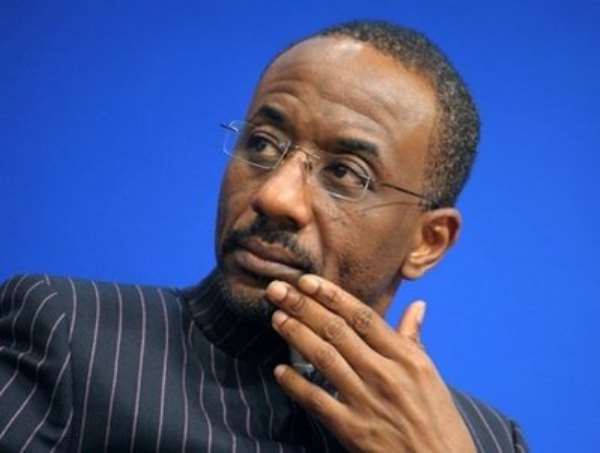 From Governor of Central Bank of Nigeria (CBN) Sanusi Lamido Sanusi, came a warning yesterday that Nigeria is heading for serious economic crisis. His warning followed his disclosure that the country lost $16 billion to subsidies this year.

Sanusi said as a result, Nigeria's foreign reserves had been depleted such that serious economic crisis would befall the nation if the oil prices crash continues in the international market. He said that withdrawal of subsidy on fuel would stave off the crisis.

“Our shock absorber is gone. If the oil prices crash again, then Nigeria will now face a serious economic crisis,” he said.

Sanusi spoke in Lagos at the opening of a two-day Town Hall meeting on the controversial proposed fuel subsidy removal. The parley was organized by the Newspaper Proprietors' Association of Nigeria (NPAN). Sanusi said Nigeria lost $16 billion on subsidy this year, revealing that the total amount of money in the foreign reserves was $200, 000 short of the spent sum.

The CBN helmsman said that without fuel subsidy removal, the next administration would be saddled with a debt burden that would be difficult to manage. Sanusi expressed worry that a significant number of subsidized products were diverted to neighbouring countries by some dubious marketers and their cronies. He said the unwholesome practices of some marketers have turned the industry to a cash cow, with companies filing outrageous claims to the tune of 15 fuel-laden vessels.

Also speaking, the Coordinating Minister for the Economy and Finance Minister, Dr. Ngozi Okonjo-Iweala said government had resolved to deregulate the downstream sector of the oil and gas industry and that the delay, was only temporary, to allow for dialogue and a proper enlightenment of citizens on the benefit of the policy, especially as it affects the removal of subsidies enjoyed on both petrol and kerosene.

Government, she said, did not want to appear dictatorial, hence, the resolve to embark on public enlightenment to earn trust and confidence prior to the policy execution.

“The current subsidy regime does not benefit the poor in Nigeria. It is the better-offs in the society who benefit the more from it,” said Okonjo-Iweala, “Between January and October this year, we've spent over N1.3 trillion being borrowed and it is used to subsidize petroleum products consumed mostly by the upper and middle classes who own the big cars, SUVs, jeeps, and not the poor who ride bicycles and motorcycles. We have to put an end to subsisy,” she added.

The minister said the current fuel subsidy regime was responsible for the large-scale corruption in the petroleum downstream sector as witnessed in the smuggling of refined products to neighbouring countries of Niger, Togo, Ghana, Benin and Cameroon. The quest to sustain the subsidy policy, Okonjo-Iweala said, had also forced government into massive borrowing. But labour leaders, Peter Esele of the Trade Union Congress (TUC) and Isa Aremu of the Nigeria Labour Congress (NLC)as well as right activists Femi Falana and Olisa Agbakoba, faulted the Finance Minister, saying deregulation will worsen the poverty situation in the country.

Aremu specifically expressed grave cynicism over government ability to translate the gains from subsidy removal to the betterment of citizens, if eventually allowed. Deregulation, he said, would have been best appreciated under a atmosphere where the nation had functional refineries and not a net importer of petroleum products as it is currently being experienced.“Our fear is that if we allow the government to remove subsidies, it is not going to be a win-win situation for government and citizens. Removing subsidy will worsen the poverty situation in this country because inflation will go up. And we are not prepared for this,” Aremu said.

“Government has been responsible for the distortions in the market, for the poor state of the local refineries which has forced us to be importing fuel as we are doing. This inefficiency cannot be pushed to the masses. Why are our refineries not working? Who is responsible for the failure? Why are they not persecuted?

“Nigerians will resist attempts by this government to force citizens to pay higher prices for petroleum products imported from outside the country while we could have paid cheaper if we had our refineries working. It is time we compel the government to work. Let us have refineries so that we produce what we have and consume what we produce. It is an issue of good governance and not fuel subsidy removal,” Aremu added.

Petroleum Resources Minister, Diezani Alison-Madueke said government was concerned about the impact the removal of subsidy will have on the economy and citizens and has taken steps to ameliorate such hardships.

He said efforts were ongoing in fixing some of the infrastructure especially roads and the local refineries. According to her, the original contractors who built the refineries had been brought back to carry out their Turn Around Manitenance (TAM), a development that has resulted in a 50 – 60 per cent increase in the capacity utilization of the four-state-owned refineries. She said, hopefully, in the next 18 months, the situation would be better.

But she cautioned,” It is not in the best interest of the government to remain in the business of refining petroleum products in Nigeria. Government will be better in holding equity but we will have to allow the private sector do this. We need to deregulate; we need to upon up if we must grow.” Alision-Madueke said the benefits of the deregulation policy was being worked out and expressed strong optimism that the masses will be better-off with the policy.

According to the minister, the government had agreed to set up a board to manage the proceeds that will accrue from the deregulation policy.

The board will be constituted by the President and would comprise eminent and reputable Nigerians drawn from all sphere of work and from the six geo-political zones.

“I can assure that deregulation benefits are being worked out by the government,” She said. “We are also carrying out changes in the regulatory agencies like the PPPRA and DPR to ensure they meet up with the challenges of the policy. we are all working for the poor in our country and we need the support of all,” she added. 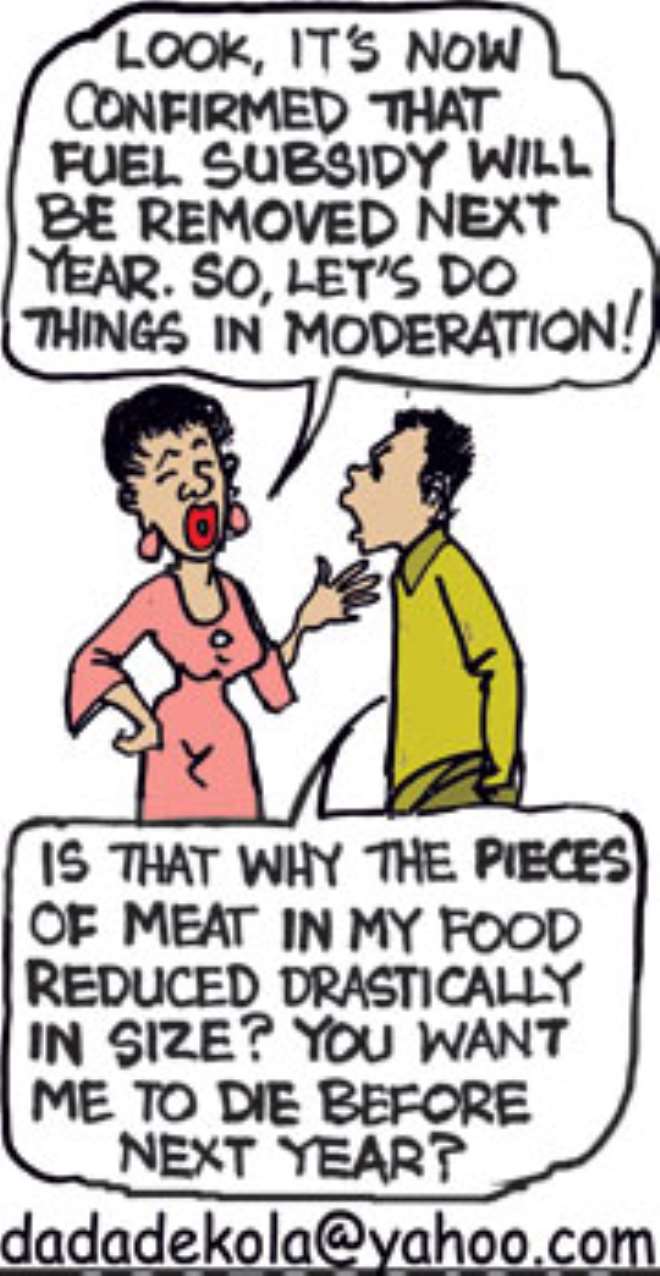