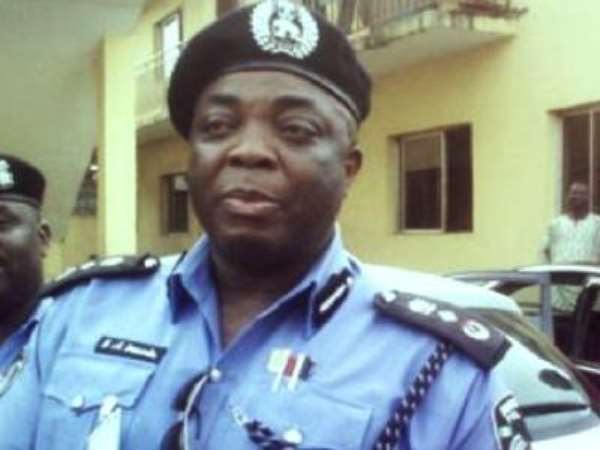 On Thursday Dec 16th,2011, Deputy Inspector-General of Police, Ganiyu Dawodu, died after suffering a heart attack in a hotel room with a female police officer.

The female accomplice was said to have shouted for help when the late DIG was acting funny but died before help came.

The late DIG was said to have just returned from South Africa where he had gone for treatment on his heart.

Dawodu, heads the Criminal Investigations Department of the force and was in Lagos on official assignment to represent his boss, Inspector-General of Police, Mr. Hafiz Ringim at the public presentation of a new television drama programme, Case File.

The female police officer, a Deputy Superintendent of Police (DSP) based in Port Harcourt, is said to be helping the police in their investigations.

Inside Politics: Political Quotes
Catch up with all the political quotes from our politicians.
Sponsored
More Touch Of Thoughts
Modern Ghana Links
US-based music icon, Derrick Ashong launches The Mic to promote African talents
Nigerian Makeup Artist DArtistebyawele Shares 7 Top General Beauty Tips Every Woman Must Know @DArtistebyawele
RMD’s Words to All The NUMBER-1’s in The World
Duncanmighty Advises People to Live According to the Pace of Their Clock
2017 Top 5 Most Productive Beauty Pageants
What Is Killing The Nigeria Pageant Industry??
So Tonto Dikeh Does Not How to Cook?
I Am Neither Proud Nor Arrogant- Joseph Benjamin
My Husband Is Home Alone;He Isn't Complaining- Toke Makinwa
Election Reports Quotes Dossiers
TOP STORIES