WHO WILL WIN PROJECT FAME SEASON 4? 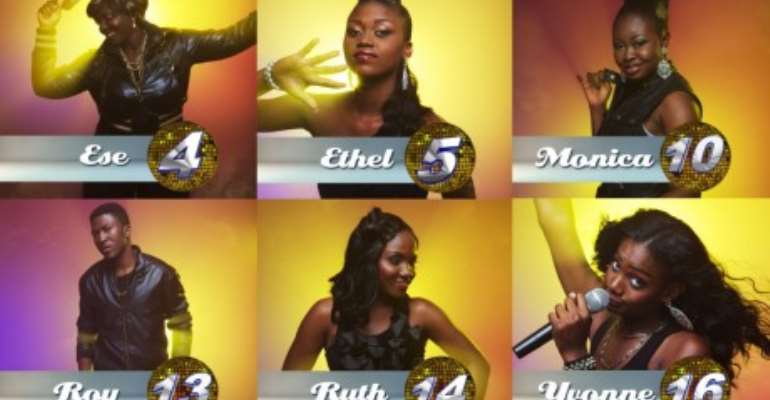 The fourth season of the MTN Project Fame reality show has seen a whole lot of drama, mushy moments and jaw breaking performances. And with just three days to go, the tension in the academy is said to be at its peak!

We present to you the six finalists who will produce a winner for the 2011 edition of the reality show; consisting of five girls and the last standing boy, the final show is bound to be explosive. Check out the finalists below…

The last man standing, he has consistently been seen as a strong contender and has won the hearts of many during the early stages of the competition. However, he recently started to lose steam, according to the judges. But subsequent performances have showed improvement and have won over the judges.

Ruth had a shaky start in the early stages of the competition. She was on probation several times but due to the drills received in boot camp, learnt how to interpret songs better and has shown determination to win the grand prize. Some of her memorable performances include Omawumi's 'If you ask me', Bob Marley's 'Buffalo Soldier' as well as her original composition, 'Mo n bo wale'.

Monica, the only contestant who has never been on probation, came into the competition with her 'A-game', drawing compliments from the Judges, faculty and audience alike. Her time in the competition is marked with remarkable performances like 2face's 'Only me', Psquare's 'Do me' and her own song, 'Na you I want'.

Ethel, fondly called the 'Ghanaian princess of Swagger' has also won the hearts of many with her sassy character and adorable voice. She went on probation a couple of times during the early stages of the competition but always escaped eviction. A strong contender in the competition, Ethel is dedicated and takes to the corrections of the Judges and the Faculty. Some of her memorable performances include Wizkid's 'Holla at your boy' and her own song, 'Melody'.

Ese is another strong contender. She has a strong voice and knows how to carry the audience along during every performance. Despite criticisms from the judges and going on probation a number of times, she has proved to be a good performer and is aiming for the grand prize. Some of her amazing performances include 9ice's 'No be mistake', the Christmas carol, 'Gbo ohun awon' and her self-composed song, 'Where you belong'.

Yvonne started out as a very strong contender but along the way, started to lose focus in the competition. She was almost evicted when there was a tie between her and Racheal but was saved by Roy, who was nominated to vote for one of the two contestants. Since then, she has since improved and is out to be the last contestant standing. Some of her outstanding performances include Waconzy's 'Celebrate', Rihanna's 'Man down' and 'Away with you' which she composed.

Only one will win the coveted prize of 2.5 million naira with a fully loaded Toyota Rav 4 jeep and a recording contract.

Who Will Win Project Fame Season 4?