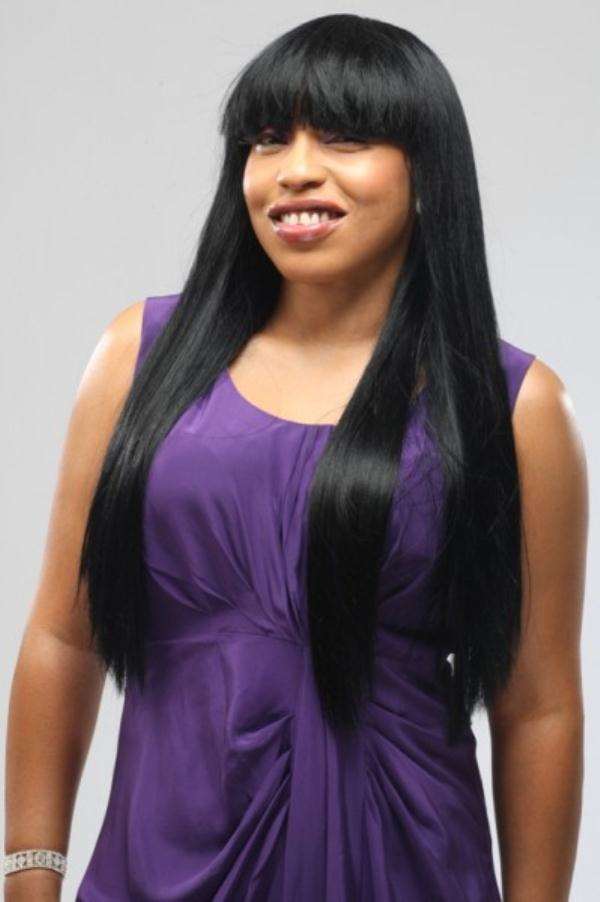 Was Rita Dominic desperate to win the newly instituted Arik Airline Awards category for Best Actress at the just concluded African International Film Festival(AFRIFF), or was it just providence?

Recall that Dominic accused Ini Edo of manipulating the online voting result which led to the cancellation of the exercise, a week before the festival kicked off in Lagos.

But in a twist of fate, last weekend, the actress eventually emerged the winner of the same award.

However, she won the award not by voting, instead through a lucky dip conducted by former Miss World, Agbani Darego.

At last weekend's AFRIFF awards night held at Oriental Hotel, Lekki, Lagos, BBA regular host IK Osakioduwa who anchored the glamorous event with Rita Dominic had called out the ex-beauty queen, all for the purpose of selecting a winner of the award through lucky dip. After all said and done, Rita Dominic emerged the lucky winner beating Stephanie Okereke, Omoni Oboli, Genevieve Nnaji and others who were also nominated for the award. But Ini Edo's name was conspicuously missing during the lucky dip.

Interestingly, this happened to be the first time, where a winner would emerge in an international contest of this magnitude through lucky dip.

But for IK, the organisers decided to adopt that means as the sponsors insisted on giving out the award to a winner, no matter the odds.

By winning the award, Rita Dominic will be flown to the Tribeca Film Festival, billed to hold in New York next year, by Arik Airline.

Apart from the Best Actress award, there were also winners in other categories of indigenous awards instituted by the airline. They were ace-film maker, Mahmood Ali-Balogun, whose “Tango with Me” remains one of the best movies ever shot by a Nigerian, won the Best Producer of the Year, and actor Desmond Elliot who won the Best actor award.

The Viewers' choice award, awarded in terms of feedback of the audience concerning movie screened in the course of the festival, went to The Education of Auma Obama while Niji Akanni's Aramotu lift the country at the event by winning the Best Feature Film prize, considered to be the most coveted award of the whole lot.

ANOTHER WAR BREWING BETWEEN INI EDO AND RITA DOMINIC.