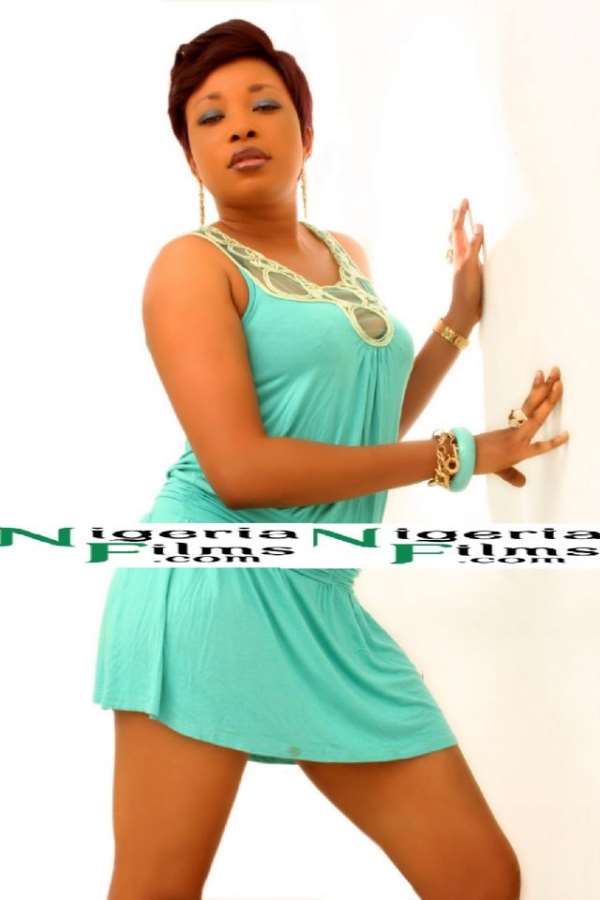 One of the pretty Yoruba actresses, Elizabeth Anjorin, popularly called Lizzy Anjorin is in the news again. Before now. There had been series of allegations ranging from husband snatching or fight of supremacy amongst her colleagues.

Now, Lizzy who has featured and produced a few movies, has a dirty past hunting her and there is nothing absolutely she can do about it.

We scooped that sometimes ago, the movie goddess once teemed to a popular hotel in Ijebu Ode, Ogun State with some friends, three in number, to 'hawk' their body for money.

The beautiful actress, we were told, spent the night with a guy inside the hotel for a certain amount of money.

The dude and his friends, we were, told lodged in the hotel after the end of the party they came for, and in a search for adventure, someone was said to have brought four girls, Lizzy, the Nollywood sexy actress was among the girls they brought for 'runs' as they call it.

Though, Lizzy Anjorin is not the only actress playing this game of 'hawking', a lot of her senior colleagues even in the English genre of the movie industry all practise it as if it's a normal thing.

We shall give you a full update about others as soon as possible.

I won’t bow to pressure to make Parliament a ‘rubber stamp o...
46 minutes ago