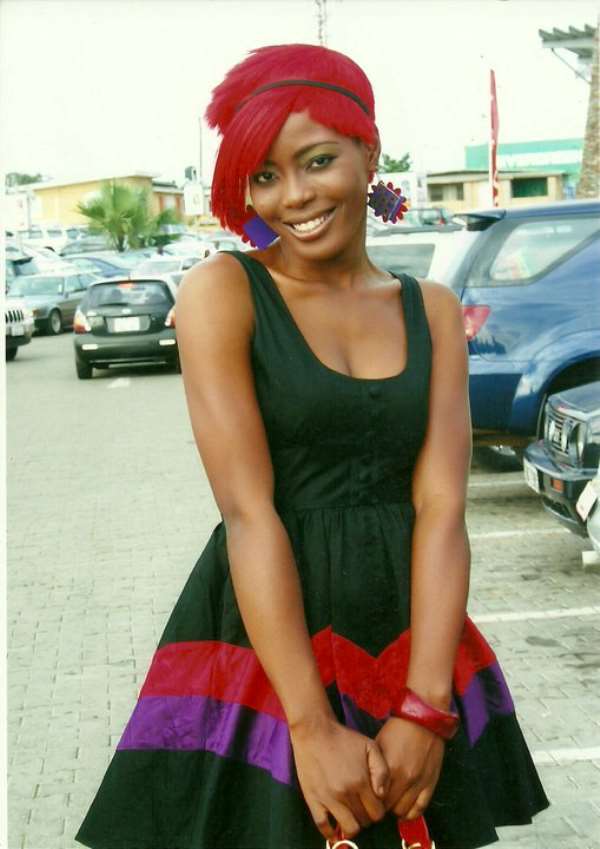 Sensational actress Baby Blanch, who is playing a lead role in a new movie titled “What Sex Can Do” has threatened to take 'action' against controversial movie producer, Socrate Safo, over a scene in a yet-to-be-released movie where she was made to shave her pubic hair in front of the camera and in the full glare of the cast and crew present on set.

According to the actress, she had an opportunity to watch the movie at the editing stage and was not enthused by what she saw as she claimed her private part was unnecessarily exposed in the yet to be released movie. The “Hot Fork” actress is therefore insisting that Socrate should "remove" the entire shaving scene from the movie before it is released on the market.

“I went to Socrate's office in New Town to watch some parts of the movie while they were editing...and when I saw myself (in that particular scene) i realized it will dent my image in the eyes of the public. The editing has really changed what we shot on set. It is too graphic in detail. I told Socrate I don't agree and I can't allow this to come out, so he should take that scene out because, I mean, it will tarnish my image,” she said.

Asked whether she was unaware of the shots, Baby said “Yes I was aware, but what we shot is not what I saw and I knew that the movie will go through editing so that if there is any scene the producer or the artiste is not comfortable with it will be taken off...I am not happy at all with what I saw so I want Socrate to take it off”.

Blanch, however, stopped short of giving a vivid description of what was exposed.

“If you ask me to describe it in one word I will say it is very serious. I can't say which particular part of my body was showing but all I can say is that I am not comfortable with what I saw, and it is not good for the eyes of the public.”

She also disclosed that Socrate is dragging his feet regarding taking out that particular scene from the movie. But Baby, who twisted her left ankle whiles performing a dance step in the course of shooting the movie, said her major concern now is the shaving scene not seeing the light of day and not on her earlier demand of being insured by Socrate. “I just don't want to see that shaving scene in the movie,” she added.

Asked what action she would take should Socrate refuse to accede to her request, she said “Well I don't know but I have told him my mind and i hope that he listens and respects my rights. I am just waiting to see what he will do, whether he will still go ahead and release the movie with all those scenes...Then I will know what my next line of action will be”.