WE ARE NOT UNITED ENOUGH FOR GOVERNMENTAL SUPPORT”-SELASSI IBRAHIM 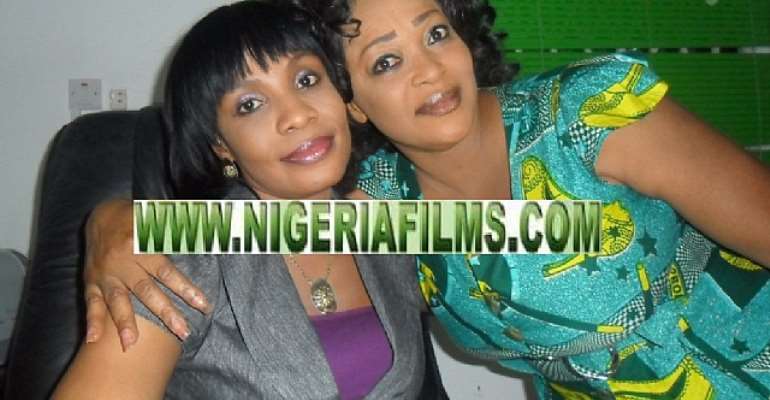 Sellasi Ibrahim is a veteran movie star who is highly spearheading a campaign against sex and nude scenes in our movies. Although the film producers seem not to pay much attention to her cry, she has also made it known to us that she will not stop talking against it anytime she gets the platform to talk to the public.

In a chat with her at her office last weekend, she made it known to this us that, when it comes to the issue of veteran movie stars being neglected she is not inclusive.

Sellasi Ibrahim who is the CEO of Smarttys Management and Productions, a company that specializes in movie productions, advertising, documentaries, public relations, magazines and consultancy services, also added that she has earned more than Ghc.1000 before in her movie career but then can bodily say that film making has not made her rich.

As to what influenced her to go into movie production, she stated that she thinks she has paid her dues and the only way she can also give back to society is to also enter into production and to help employ the up and coming ones. For most people who have the notion that Ghana-Nigeria collaboration is not helping, she lamented that she went into Ghana- Nigerian collaboration because of the business aspect and has helped her a lot in terms of sales outside Ghana and in Ghana.

For her, she wishes she could speak good Twi to also be part of the Twi production although she has done it once, her inability to speak good Twi is not prompting the Twi movie producers employ her service.

Even though she will not like to make her political ambition public, she voiced out that it pains her so much when people blame the government for not helping the industry. “We are not united enough for any government to support us. Until we come under one umbrella, it will be very difficult for any government to help or take this industry serious, because every association goes to the government with their own personal interest, even if an actor becomes a president it will still be the same without unity “she grieved.

For many who are expecting to see what is new from her camp, she will be coming out with a series and giving a summary of it, she said that is about a very stingy man who always measures everything in the house. The series stars Kofi Adjorlolo , James Gardiner, Roselyn Ngisaah, Nadia Buari, John Dumelo and others.