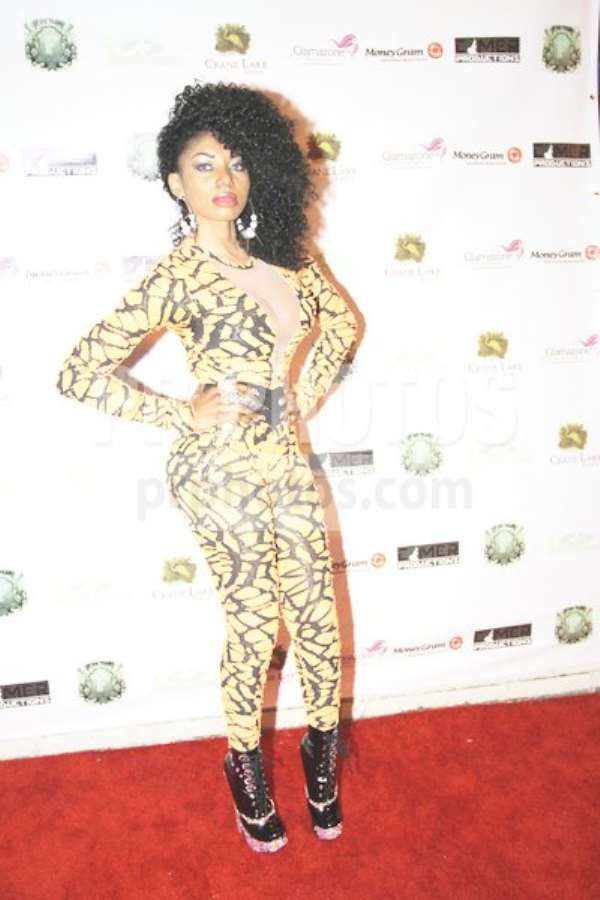 Reports coming to us from the ongoing Nigerian Hip Hop World Awards (HEADIES) being held tonight at the Eko Hotel and Suites, suggest that starlet Dencia was attacked by a female as she made her way to the restrooms.

Our sources tell us that the lady identified as Liz Garvy, socialite and Lagos big girl who owns a shop on Awolowo Road, Ikoyi was a one time friend of the starlet. Liz had in the past abused the friendship they shared to the point where the police got involved and a warrant for her arrest was issued on charges of theft.

On further investigation, it appears sometime in October last year, Liz Garvy who was scheduled to undergo a liposuction in California , arrived Dencia's Woodland Hills , California, home where she was hosted by the latter for 3 weeks.

Instead of paying back her hostess with gratitude, Liz Garvy (who was with Blossom Nyepon) allegedly robbed Dencia of her passport, clothes and shoes all valued at around $20,000.