‘I have lesbians as friends’---Uche Benjamin 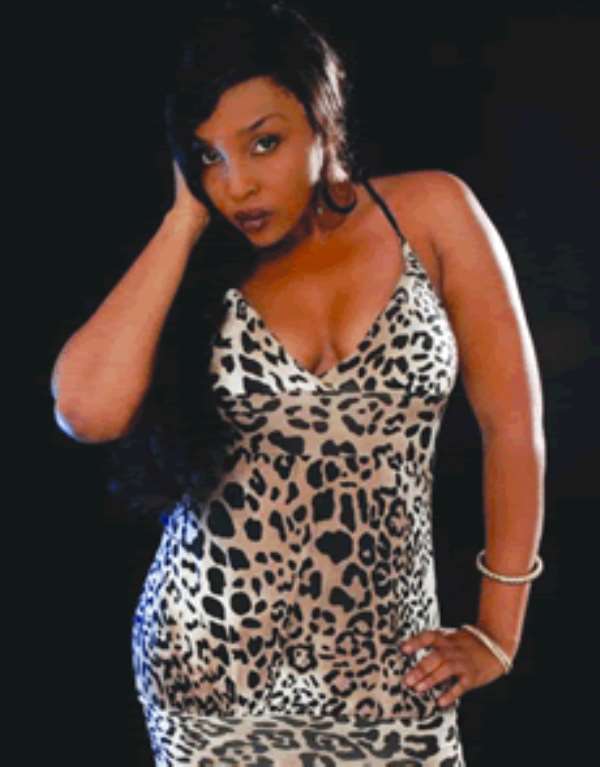 Passion and determination are the ingredients. Once one has these, one can achieve anything. And that is how Uche Benjamin's story tells. With only her dream with her, one day she bolted from Port Harcourt where she lived with her family and landed in Lagos. She came, looking for acting career. Today, Uche Benjamin is no longer another name on the list; she is now a poster girl in the entertainment industry.
In this interview, she tells her story – her journey into the industry, her future plans and every other thing in-between.

Could you give us a little insight into your family background?

I am from an Anglican home. I am the first out of five siblings. I hail from Owerri in Imo State. I come from a family that when I look back, it humbles me. When I was a child, my father used to be very strict and it helped me to carry on with life.

Does beauty give you advantage in the industry when it comes to roles?

I have had some situations where some producers would say that they need a fair girl for a particular role. They have also told me either that I have the face or fits into a particular character. I think it helps.

Who is your role model?

My international role model is Angelina Jolie. I also have Liz Benson, Uche Jumbo and I also like Ini Edo. I just don't have one in the industry but these are the people that I look up to most times.

Have you ever acted a role and people used it to abuse you?

Yes. I was in a bank one day and a lady saw me and asked why I was sleeping with my sister's husband. She was even advising me that such things are not good. You know that people some times feel that those roles we play are real. They don't believe that you are only trying to make it look real. I was really embarrassed that day because people were so many in the bank and they thought that she meant what she was saying. It was later they realized she was talking about a movie.

What are the things you have done in the movie that ordinarily you would not have done?

I think it's fighting. You can't catch me fighting but I have fought in a movie and I have also been a snitch. These are the things I don't do.

One thing with me is that, if I find out that you are very envious and a backbiter, I keep away from you. If you tell me about people, I feel that that is the way you will also tell people about me. I avoid people who talk a lot. There are upcomers like me who go about talking a lot so, I keep them at a distance. I like talking with people who say positive things. I can talk to you but may not be very close to you. I can't remember not being in talking terms with anybody.

What are the things you were doing that you have stopped doing now?

I have stopped climbing bikes (okada). The last time I climbed a bike, I was rushing to the airport and I almost missed my flight. People were looking at me, and halfway, I became ashamed and got down. Nigerians believe that once you are appearing on screen, you should not climb bikes. That is the only thing I would say that I have stopped.

What are the pains and gains associated with you as an actress?

Sometimes when they write certain things you didn't do, it pains so much. There are times you grant interviews and they go and write things you did not say. That I will say is the only pain I have as an actress. You no longer have privacy. People read meaning to whatever you do. The gain is that I go to some places and I am given attention. It is no longer difficult for me to get things. I get what I want easily without going through stress. Most importantly, people respect me more.

When you came to Lagos, who did you put up with?

My coming to Lagos was a funny thing. This is one story I have never given. Some people you really think could be of help to you, because they feel you are just coming up, would not help you. I went through some things but when I entered into acting, got my balance and became comfortable, they wanted to associate with me. I had friends that could accommodate me but they found it very difficult. Some times, I woke up at night and cried, asking myself why they were treating me the way they did, but could not get any answer. They felt I was a nobody, but right now, they all want to associate with me. I always tell people to assist others in any way they could because it is a small world we are in.

What are your challenges in the industry?

My greatest challenge is doing things you wouldn't want to do. Sometimes, people think you have to leak their ass to get what you want. I am one person who is not desperate. If I am good, I am good and will get what I want. But at the same time, I try as much as possible to be humble. This is what I have come to see and have accepted.

Have you ever been asked to come to a hotel to pick a script?

Let me be honest with you, it doesn't happen only in the entertainment industry. It is everywhere. At the same time, I am one person who never shows that I am desperate. If you tell me to come and pick a script at the wrong place, I will tell you no and demand that you do it officially. If you don't want, you go but if you are smart, you will know that I know what I want. Sexual harassment, as far as know, is everywhere.

What are the things you would change in the industry if you had the opportunity?

I will change stereotyping. I don't know why producers prefer to use the same faces always. People should be given opportunities to showcase their talents.

When you go to church, how do people react when they see you?

Nigerians usually associate people with the kind of roles they play. Nevertheless, some feel happy while others see me as one of the bad girls in the industry. It is my heart that matters.

Lesbianism is a practice in the industry. Have you ever been wooed by a fellow actress?

No! I have not, but I have them as friends. Sometimes, people draw my attention to that and I just laugh over it. It is what you want that you engage yourself with. That I have them as friends does not mean that I must do it. I know the qualities I want in a friend. So, if I find it in them, I make friends with them.

What could make you quit the industry?

Maybe when I start having kids; I will concentrate on my marriage and children. It is not easy to be in marriage and be famous. There are lots of temptations, but I think there are certain roles I will stop taking. I will also uphold my family in prayer and in addition, respect and honour my family in order to sustain and maintain my marriage. I will have my limits as a married actress. I pray my husband does not ask me to quit the industry because it is something I have passion for and that is why I will not marry someone who does not like my career.

Some women say they won't breastfeed so that their breasts will not fall. Would you breastfeed your baby?

Yes, I will do the normal breastfeeding for six months.

What is your most embarrassing moment?

There was a day I went to buy something. I was in front of the shop and one mad woman came and was shouting at me. She was asking me why I went to report her to Jonathan. People there felt I knew her but when they heard what she was saying, they knew she was mad. I felt for her and she was wearing a police uniform. She almost created a scene but I was lucky and left the crowd.