Don Jazzy, D Banj And The Mohits Crew Were My Boys...... IKECHUKWU KILLZ 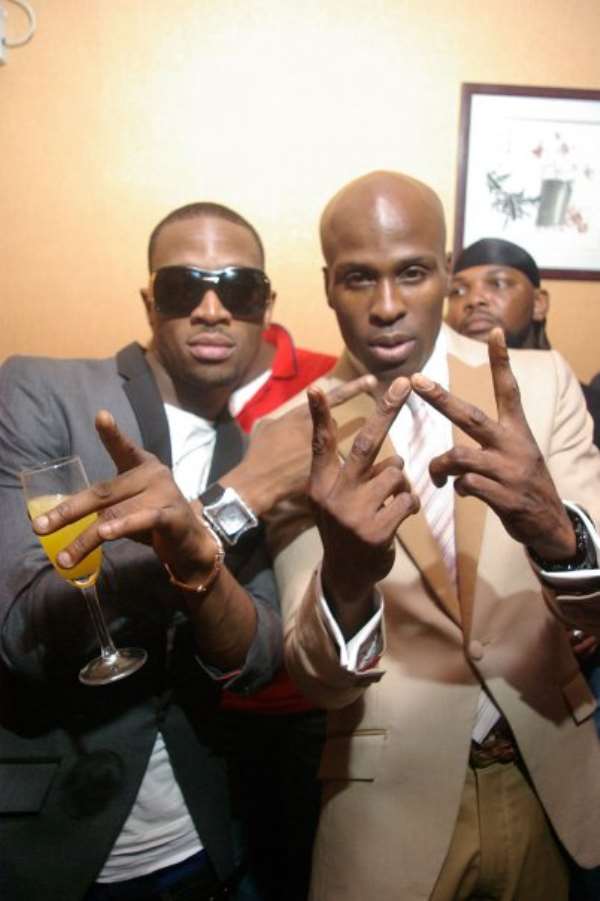 Nigerian rapper, Ikechukwu Onunaku, who is well known as Ikechukwu, in a recent radio interview released a bombshell on the relationship between himself and the Don Jazzy led Mohits music fraternity.

Killz, as he now prefers to be called, was once broiled with reports in the media of engaging D Banj, who is a member of the record label clan, in a public fight at a club with the Kokomaster.

Though Killz came out to deny the story, and told everyone that things were fine between himself and D Banj, but it was no sooner the alleged fight was blown up by the media than the relationship between the 'shout-singing' rapper and the Mohits members began to grow sour.

According to Killz, when asked if he was ever part of the crew, he answered, “think about that for a second, from day one while signed under Storm Records, I was always with Mohits, we were always chilling together, they were my boys, we were everywhere, and we went out together. On radio and TV, I use Storm records and Mohits, they were both one family, that was how we use to roll, but that was back then”.

The Nigerian returnee from the United States has ever since he came into the scene some years back was always seen with the Don Jazzy led crew, this led to the rumour that he had left the Obi Asika led Storm Records for Mohits Records but he was never signed under the record label.

He did collabos with D Banj, Wande Coal, until his reported public fight with D Banj which caused the stained relationship between Killz and the Mohits family leading to the two parties going their separate ways.

Though the Virginia born Imo State rapper did not deny trying to be with Mohits as a member in collaboration with his own label, World Famous Academy (WFA), but he said things did not work out well between them and he had to move forward.

Killz' first single in the Nigerian market was 'My Name Is', it was the song that shot him into limelight after returning from the United States to pursue his musical career here in Nigeria. The song made fans see the energy he puts in his voice while singing. This made him to be dubbed the 'Nigerian DMX', just as the US rapper, DMX.

He released chart topping singles with the Mohits crew with singles like 'Wine Am Well' which featured Don Jazzy and D Banj; 'Like Yo' where he featured Wande Coal.

Killz has won Best Afro Pop Act at the Nigerian Entertainment Award 2008, got Hip Hop World Award (now The Headies) nominations Revelation of the Year award category 2007, Best Lyrists and Best Collabo (with Naeto C's You know my P) 2008 and others.

He is currently out with a new album titled The Alliance Reconstructed under his WFA record label; one of the tracks is Obodo which featured Badman Floss.