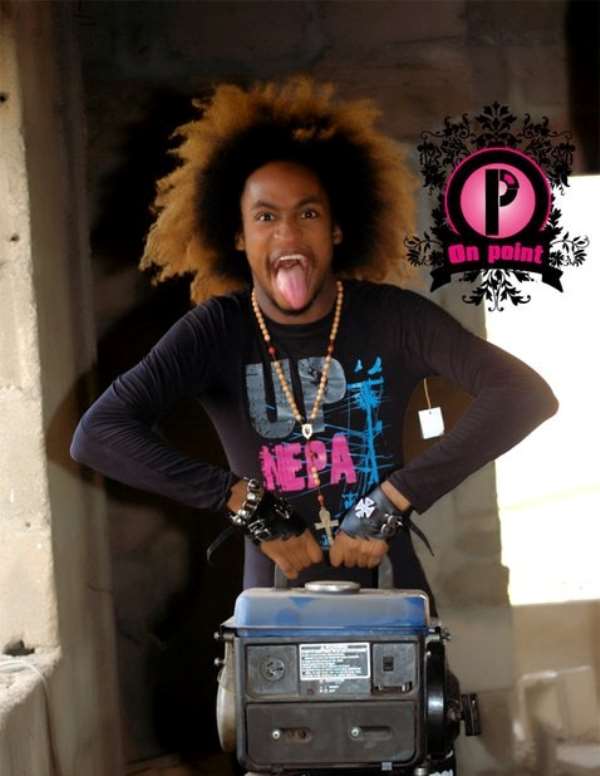 Channel O is re-branding and so they have picked 5 new faces across Africa. They have Joey from Kenya, Jtwon from Ghana, Joe kate from Tanzania, Flavia from Uganda and [me] from Nigeria.

What will you be doing?

I'll be in charge of all special events across Africa. Events like Felabration – I just returned from covering a major music concert in Tanzania. I'm mostly handling the MNet shows

Did you audition and how come its clashing with Naija sings?

I was in Funmi Iyanda's house on Children's Day, hosting her special Children's show and they wanted me that same day. It was very tight but I had to beg Funmi and so I left as soon as there was a chance.

I went for the auditions but didn't hear from them; at that period, I was called-up for Glo Naija Sings audition which I was picked for.
Eventually, Channel O called me back and offered me the job and Sent me to South-Africa for training. There I got to spend a lot of time with Kabelo.

During our shoot, the Mac team came and from doing makeover for us they offered me some bill board jobs. I did a photo shoot with a photographer from Australia for the campaign. They will be up later in the year in South-Africa only.

Why do you think you got the job?

I had left that place I was working before. Eeerrrr, what's the name of that place I used to work again….
They knew so they invited me because I assume they knew my capabilities. They called; I managed to get there, was tired and just did my thing. They had warned the MD of Channel O, Leslie about me. When I walked in, I saw about 15 panelists!! I was flustered and behaving like my usual self shouted “aaaaah, kiniiii” and they all laughed.

When and why did you leave Soundcity?

5 months ago; I don't want to depress myself by speaking about it.

Were you afraid you will lose relevance when u left?

I was never afraid I was losing relevance when I left Soundcity. What is yours will always be yours. I was born to shine. I knew something big would come my way. How? I didn't know. When? I didn't know; but it was bound to happen.