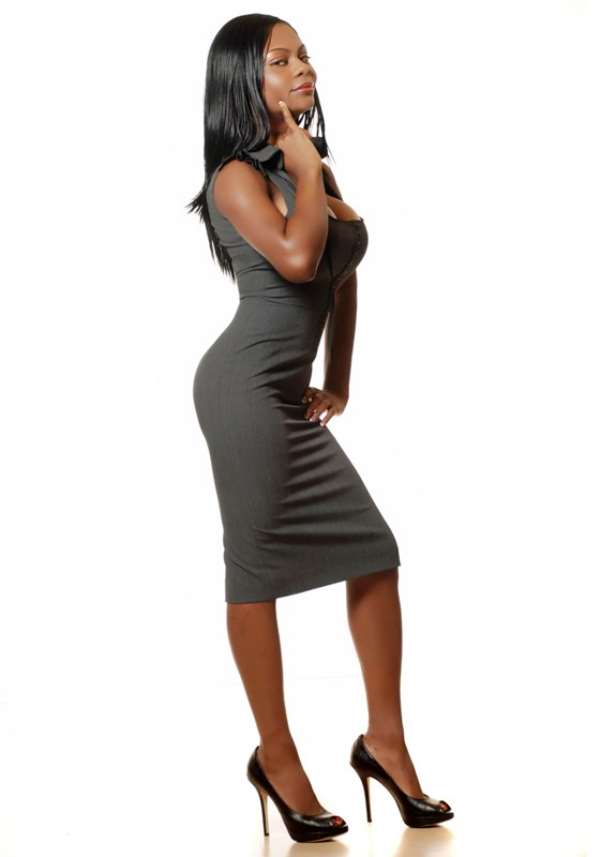 Last Sunday brought a climatic conclusion to the biggest reality show on the African continent, Big Brother Amplified (BBA). The Nigerian girl with the alleged £4, 000 (approximately N1m) plastic breasts - the controversial Karen Igho - won the USD200, 000 prize money at the end of the 91-day intrigue-filled show in the BBA House. Although, a joint winner with Wendall Parson, the youthful Zimbabwean pilot, Karen's victory was significant in more than one way. She became the third Nigerian in a row to win the prize, and she is the first and only female to win that ultimate prize.

In the beginning, Nigerians believed Karen Igho was a mistake; not worthy to fly the country's flag because she was not cut from the same mold as Kevin Pam and Uti Nwachukwu, two Nigerians who earlier won the Big Brother contests in 2009 and 2010, respectively. By default, we pinned our hopes on the virginal Vina. Even inside the house, there was much ado about her boobs. Karen made Nigerians uncomfortable with her personality in more than one way. The Karen Persona lacked finesse: a ruthless b****, a reckless drunk; garish and garrulous character. Karen was a point-blank portrayal of a 'street girl.'

Rather than hate her, we hailed her. Indeed, Karen wasn't the worst even if she was not among the best inmates. Was she the only inmate with silicon breasts? The Ghanaian, Confidence Haugen, also had enhanced breasts. Karen didn't commit the gravest of offences; there was the deviant duo of Tanzanian Bhoke Egina and Ernest Wasake from Uganda who indulged in consensual sex. The BBA's backbone is drama and we had an artiste in the lot, who had learnt the theory of drama from Southwark College, but also tutored by the school of hard knocks. Karen Igho courted controversy; she controlled the ebbs and flows. She enjoyed it. We enjoyed it too! Didn't we look forward to her antics? In the court of public opinion, she was the heart and soul of the Big Brother Amplified. She matched her braggadocio with bravado; her hullaballoo with humour. Karen was the reason many watched the BBA. By the time the show concluded, she was larger than life. And her triumph trumpeted a latent lesson of life: he who seizes initiatives leads; he who leads determines the turn of events. Her X Factor: even in the play-dirty, dog-eat-dog world of reality television, she displayed the finest of human nature at a point when she was up for eviction and she had the opportunity of picking a surrogate. She refrained from nominating a fellow inmate.

Though street-girl-turned-millionaire Karen Igho is no role model, can't we make a bestseller out of her story? A book or a film? Even a song about it? With a pinch of creativity, the Karen Igho storyline can become riveting: a girl with a 'gangster mother,' with no father figure in her life, forced to live with her granny. To escape the drudgery of life, she flees into marriage; instead of heaven, she finds hell. After five years, she escapes out of the wedlock, and begins to try her hands at different odd jobs. In a classical case of girl gone bad, she becomes a stripper at night clubs, and her nude photos adorn the internet. The hustler by chance stumbles upon a pot of gold at the end of the rainbow in a reality TV, and today she's now an African star with fame and fortune.

How Karen and Wendall won

After outlasting 24 other housemates for 91 days, the duo of Karen and Wendall scooped the two USD200 000 prizes on M-Net's Big Brother Amplified last week, in a spectacular show.

They were given the big news by presenter IK at the end of a two-hour grand finale worthy of the Amplified name.
In a show which saw drama, tears, laughter and joy along with rocking performances from Nigerian stars Wizkid and Mo'Cheddah, Tanzania's CPWAA, South Africa's Speedy & Professor and Fally Ipupa (DRC) – it was the Nigerian and the Zimbabwean who prevailed to pick up the spoils on the continent's biggest reality show.

IK and Big Brother drew the tension out until the last possible second of the show, leaving Karen and Wendall delighted at the Amplified outcome. Earlier in the show, Vina and Hanni had been evicted before IK took viewers back into the house and asked the remaining 5 housemates – Sharon O, Wendall, Karen, Luclay and Lomwe to join him on stage. One-by-one he sent Sharon O, Lomwe and Luclay to join the ranks of the evicted housemates before dropping the explosive Amplified twist on the remaining duo.

IK then summoned them to the edge of the stage. “In the past, it's always boiled down to one housemate, one moment – this is that moment,” he told them gravely. “Karen… Wendall… both of you have won USD200 000 each! Both of you are winners!” he told them, before leaving them to celebrate with friends and family.

BBA at a glance

Ethiopia and Mozambique were added in the fourth season. According to the programme format, each country produces a contestant living in an isolated house while trying to avoid being evicted by viewers and ultimately winning large cash prize at the end of the show.
The show premiered to audiences in 42 African countries in 2003. Whereas each of the first five editions had sole winner, the sixth outing, Big Brother Amplified, was the first to have joint winners.

Big Brother is a fictional character in George Orwell's 1984 novel. In the society that Orwell described, everyone is under complete surveillance by the authorities, mainly by telescreens.

The people are constantly reminded of this by the phrase “Big Brother is watching you”. The worldwide reality television show Big Brother is based on the novel's concept of people being under constant surveillance.

Chima Okoroji is an award winning movie director (Tears of a Mother, Joy of a Mother, Dying to Live and several others). He was the director of the 2009 edition of the Next Movie Star (NMS) reality show, where Karen Igho was one of the housemates under him. Below is his appraisal of the Karen personality.

“As the director, Karen was my student in the 2009 Next Movie Star TV reality show. Being her first experience on reality TV, though determined, she was constantly under the fear of eviction. Back then, she was cool rather than being controversial.

Next Movie Star gave her a platform; by the time she got to the big stage, she knew she can only succeed by being herself. In Big Brother Amplified, she had matured enough to handle reality TV shows.

In NMS, she wasn't forthcoming about her intimate details – the boob job, her background etc. But in BBA, she was forthright about it. A sort of “This is me, this who I am, you either like me or go to hell”.