Why I Shot My Latest Film In The Gambia 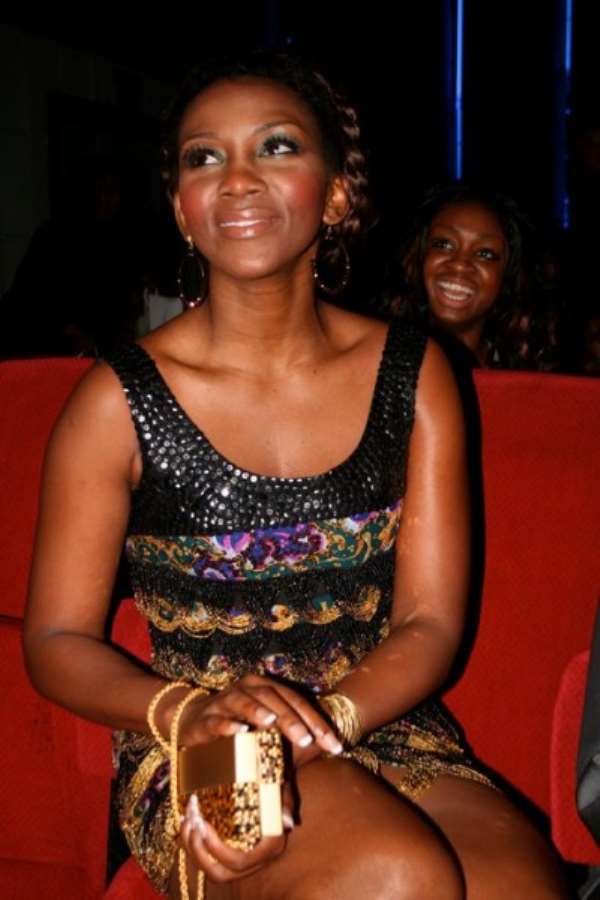 - Nollywood Producer,Obi Emelonye is a London based Nigerian producer and director and has produced films like “Good Friends”, “Who Is Next”, Echoes Of War” among others. He is known for premiering his movies both in and outside Nigeria.

In this chat with Aremu Jamiu, the graduate of Theatre Arts and Law from the University of Nigeria, Nsukka talked about the challenges of producing the movie, what prompted the movie, why the movie was shot in Gambia and London, how the Gambian government gave its support and why he dumped football and law for movie production and many more.

We read somewhere that the film 'Mirror Boy' is also your debut novel?

Yes, I have also written the 'Mirror Boy' as a novel but most times, the novel comes first before the film and because I am a film maker not a novelist, I decided to make the film before the novel and the novel will be published much later.

Give us a synopsis of the film, 'Mirror Boy'

'Mirror Boy' is an adventure that explores the identity crisis that African children born in the Diaspora experience as they grow. It's about a 12-year old London Boy who got into a fight in London and the mum decided to send him back to Africa for discipline and they arrived in Africa and encountered an imaginary friend in the mirror and the next day in a crowded market place and he saw the same boy and eventually he got missing on his second day in Africa and the little boy took him on a journey through the beautiful African scenery and self discovery and by the time he emerged in a small village that he had never been to before, he then became a changed and grown man and then found explanations for things that happened in his life including his connection to his father that he never met before.
In the cast, there were foreign actors and actresses in the movie, tell us about it

Casting was one of the taxing jobs but some were easy; casting Genevieve was easier because while I was writing the scripts, I knew she was going to play the role and she delivered the role perfectly and in the film she is not the central character, she plays second to the little boy and it is nice to see her in the movie because we shot it in Gambia and she was there, in London she was there and now she has been profiled by CNN because of this project she did and she won the best breakthrough female at the Monaco Film Festival where the film was shown, so it's taking her one more notch above her peers in the industry and I am happy for her. For Osita who acted the imaginary friend, I wrote his scripts and I used him because I wanted a mischievous face for the mystical character and he delivered nicely.

In Gambia where we shot, lots of people came out to see him. The other casting jobs were imposed on us, firstly when the film was moved to Gambia, we decided either to shoot a Nigerian film in Gambia or to shoot a Gambian Film and in the end, I decided to shoot a Gambian Film in Gambia because we got a lot of support from the president who gave us accommodation in five star hotel for three weeks and provided us with security and 10 vehicles that would go back to the state house everyday. Also, the freedom to shoot everywhere and anywhere and I wish the government of Nigeria would look into that and provide the kind of support Nollywood needs and Nollywood is where it is today du o the hardwork of individuals, the government has not contributed much to its development. The most difficult cast was the boy himself with real name Edward because we were looking for a 12-year old boy who can carry the film, we had four auditions and weren't any closer to finding the boy until an agent sent us Edward's photographs. He was 19 at the time but he looked younger and he was in his first year at the university, we felt he would bring some certain level of interpretation to the film and in the end, I was right because he got nomination from AMA awards as best young actor and won it. He has also been nominated for Nigerian Entertainment Awards in America for best Pan African actor along side Majid Michael and Van Vicker. I am happy I provided that but I would have wanted that to be a Nigerian boy but unfortunately, I didn't find one.

How were you able to meet with the Gambia government?

Being the editor, the film was written in Nigeria but shot in Gambia but I had it in mind to shoot it in Obudu ranch in Calabar and I also did my youth service there, so I know the areas a little. In February last year, I went to Obudu and I met the Commissioner for Tourism and I wrote her a proposal to show what we want and we were not asking for money but for local and underground support. When I came back to Calabar, I met with her and she told me that they just lost the land they were fighting with Akwa-Ibom State, so they don't have any support to offer and I left. Later I met a lady who acted in the film called Fatima Jabbe and she was in Gambia at the time and she called me to find out where we were shooting and she said I should give her a list of what I want and she will make it happen. So I sent a list of locations and the next day, she called me that she has spoken to the president and the president said they don't have money but he said he would give us what we have. I went to Gambia myself to be sure of what she was telling me on phone and when I got there I was given V.I.P treatment, straight to a five star hotel and I met the president, vice and some ministers and before we knew it, things were happening. They gave me a treatment that I have never experienced before, though they didn't give us money, what they gave was more than money and we are very grateful to the president of Gambia and we hope that other African leaders would emulate that to develop the emergence of African cinema and I am proud that the 'Mirror boy' has brought a new resurgence to Nollywood like what we saw in the United Kingdom. A lot of people in the United Kingdom came out to support the movie and we are very grateful for their support and I am happy to be part of this project.

Is it a Nigerian film shot in Gambia or what?

When we were nominated for AMAA, the organizers called me if the film was a Nigerian or Gambian Film, I told them that the criterion for categorizing the nationality of a film is the nationality of the director, producer, where the money is coming from and may be where the film was shot and looking at the criteria, you will see that it's a Nigerian film but what we are doing is spreading the gospel of the Nollywood.

Aside from Gambia and U.K, where else has the movie been premiered?

Yes, we had a premiere in Ghana recently and it went very well and we have a premiere coming up in Kenya, South-Africa and America, so we are putting lots of efforts into it because we want people to see it and for the children that have not been able to come to Africa, they would know what it is like.

How challenging was it before you arrived at the final production?

80 percent of the film was shot in Gambia because we had the support of the president and it reduced the stress over there. I live in the United Kingdom and most of the crew members live there, so it was Genevieve and a few others that came to London and the shooting didn't take long because we shot 10 days in Gambia and three days in London, though it was all challenging, we thank God

What prompted you into writing such story?

First of all, I needed to tell a story from the point of view of a young boy and it's not often that you see such in Nollywood and I wanted to capture the younger audience because most of those that watch Nollywood are the mothers and fathers, so we decided to try the younger generation because they are the future of the industry.

Having left Nollywood for many years, how do you intend to bounce back fully after the 'Mirror Boy'?

I didn't leave the industry, I studied Theatre Arts at the University of Nigeria (Nsukka) and finished in 1990. I played professional football with Rangers, Julius Berger and I went to London in 1993. In 2000, I decided to join the movie industry and I made some films but I was highly frustrated by the marketing structure because the marketers were extorting me and I decided to go back to London to study Law and practised but not forgetting the movie aspect. I practised until 2007 when I said I wasn't going to do it anymore and I went back to film. Though it was difficult at the beginning, it now looks like I made the right decision.

How do you manage your family in the U.K and the premiere of your film in Nigeria?

It's a sacrifice that we have to make and I am happy that I have a very understanding wife who looks after the home front when I am not around but when I am around, I do my jobs and even take the kids to school.

When will the movie be premiered in Nigeria?

We will premiere it on August 5 in Lagos and later all the cinemas in Nigeria, we chose Nigeria last because everything we do, Nigeria is our biggest constituency and everything we have done in other countries, it's in preparation for Nigeria and it will be distributed by Blue Pictures.

What efforts are you putting in place to prevent piracy?

Do you intend to practise law?

No, I will not go back or when I become 90 years old and my degree is still relevant, I might go back and practise a little.

Apart from 'Mirror Boy', what next should we be expecting from you?

One of my next projects will be shot in Calabar, Tinapa to be precise and just to showcase its qualities.

What steps do you think can be taken to improve the Nollywood industry?

The Nollywood is film of the people and it started from nothing, we are trying to bridge the gap between the old and new Nollywood, though not different because we are still telling same story but one is aimed at a wider audience and the other is aimed at local audience And someday we hope to become number one.