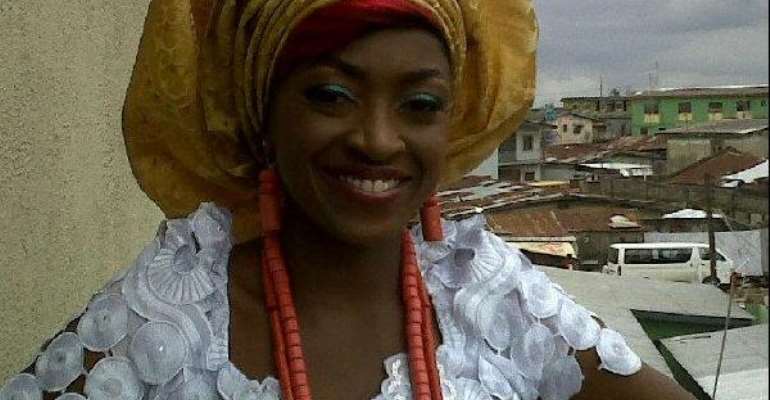 NOLLYWOOD idol, Kate Henshaw-Nuttal, is guest of O'jez in the month of July edition of O'jez Entertainment Forum.

The actress who recently clocked 40 will be celebrated by the entertainment industry as well as other well wishers on Sunday, August 7, a week after its traditional last Sunday of the month (which would have been July 31). This development, Chief Executive Officer of O'jez Entertainment Centre, Chief Joseph Odobeatu said, is to ensure that the event goes well.

“It is a mark of honour to the screen diva who would not be available on July 31 due to other activities lined up to mark her 40th birthday celebration. So July's O'jez Entertainment Forum Award series is moving by a week. It will now hold on August 7 from 7pm.” Odobeatu, a record label owner and staunch supporter of the entertainment industry described Mrs. Henshaw-Nuttal as a “very committed actor, someone who grew steadily through the ranks to become one of Nollywood's biggest female stars today.

“I salute her courage, tenacity and purpose because it takes a humble and equally talented individual to get to the height of her chosen career. At O'jez Forum, we celebrate Kate Henshaw-Nuttal's likes, Nigerians who make us proud both at home and abroad.”

Kate will be literally drowned in highlife music on that night. “Fatai Rolling Dollar, Alaba Pedro backed by the O'jez and Evergreen Bands will thrill the actress's guests and well wishers. We have a surprise package for our special guest which she will see on that night but other attractions such as fast rising comedians, MC Shakara, Elenu, Emeka Smith and dancer 'Michael Jackson' will all hold down the celebrity restaurant inside National Stadium, Surulere, Lagos.

“It will be fun because super compere and Nollywood star, Charles Inojie, will handle proceedings too,” he added

In her response, Henshaw-Nuttal expressed her gratitude for the recognition accorded her.

“That I have been nominated to be O'jez Entertainment Forum Award series' special guest for the month of July is really an honour and I will make myself available on that day because I cherish the recognition,” she assured.

The award series that began over a decade had played host to distinguished Nigerians such as Toyin Subair of HiTV, Prof. Wole Soyinka, Noble prize winner, Prof. Femi Osofisan, presidential candidate, Chief Dele Momodu and Zach Orji, Nollywood star among many others.