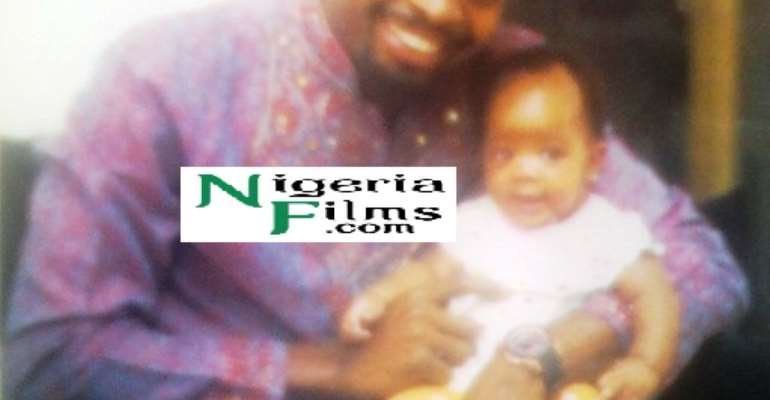 It's common knowledge that top comedian Bright Okpocha's (Basketmouth) wife Elsie delivered a baby girl a few months back in the United States of America.

The gist however, is that the new mum is back in town with her bundle of joy. As expected,Basketmouth whose first child Jason is a boy, has been doting on the little girl ever since.

Those in the know say his talks these days are on how beautiful his daughter is and how he is making plans to buy a gun to keep “predators” away. Beyond that, his main plans right now, is the arrangement of a grand dedication ceremony for the tot.

Insiders say the event will hold in a couple of weeks from now, most likely, the second week of December,2011 at Basket Mouth's church somewhere in Anthony area of Lagos.

The stuff that is taking his time though is the reception which he wants to be grand and which will hold at his new home somewhere in Lekki.