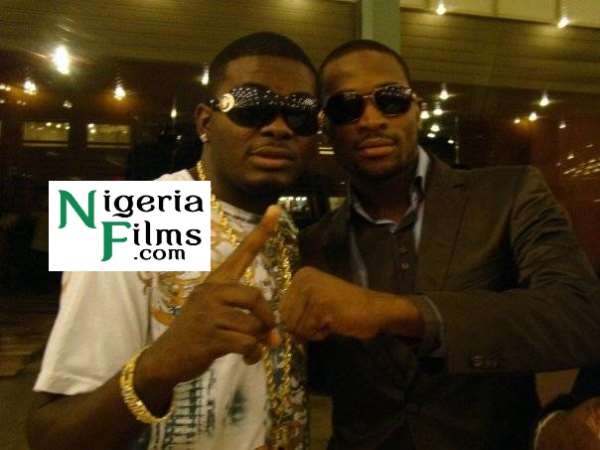 Some days ago, reports filtered the media about an about-to-be legal tussle between two once but now rested enemies, Dapo Oyebanjo, who is well known as D Banj; and Kelechi Obinna Orji, who is popularly called Kelly Handsome.

The bone of contention was an allegation of theft of a yet-to-be-released musical material recorded by D Banj for Mohits Records, which was in possession of Kelly Handsome in a form of remix and released on the internet, when such rights had not been granted him by Mohits or any of its representatives.

Mohits had through its management outfit released a press statement warning Kelly Handsome and any other third parties with the said musical material to stop further use of it, and had threatened a legal action if the said material was not withdrawn from wherever it was initially put for use.

This might come as a surprise to those who have been following the turn of event since this news broke as Kelly Handsome was reported to have denied, through his lawyer, the theft of any musical material he was alleged of.

This is not the first time both artistes would be having problems with each other. Some years ago, D Banj released a single tilted Igwe, where Kelly Handsome released a diss version of the song.

Since coming into the music industry with his then hit song, Maga Don Pay, Kelly Handsome has had problems with some in the industry. He once had problem with his then label, Kennis Music. Also was with MI, D Banj, and others to possibly come.

For now, D Banj would surely be Feeling Good, while for Kelly Handsome, …., I rest my case here.