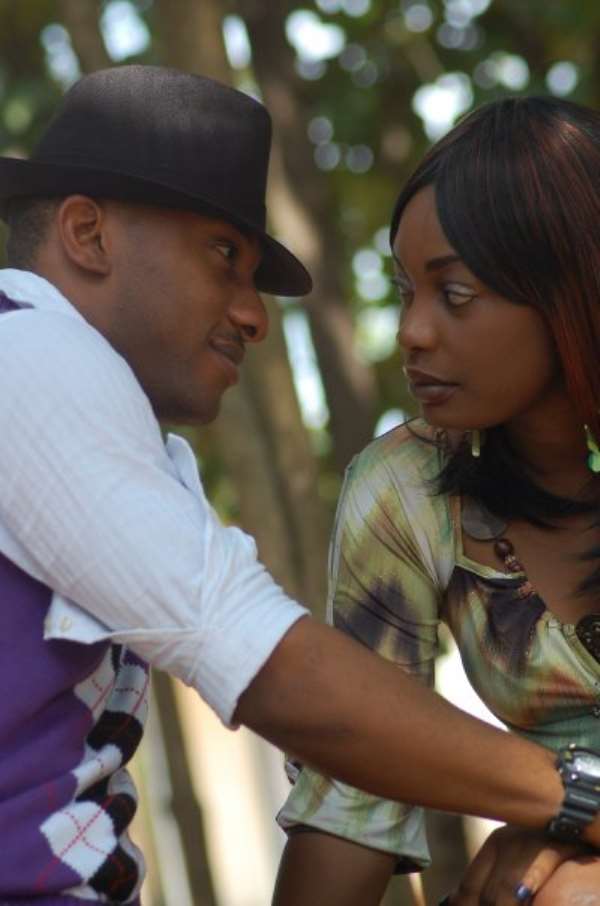 Since Yul Edochie,son of veteran actor,Pete Edochie came into the movie scene few years ago,much has not been heard about his private life.

Though he now flaunts his marital status.

His affair with Nuella,in particular which made a lot of headlines when he posted photographs he took with her on Facebook and went further to make a romantic comment about her,fueling speculations and talks that they were in love,not knowing he was happily married.

It was at the height of the heat generated by the photograph and his comment on Nuella that he made it known to all that he's married and as a matter of fact,is a family man to the core.

After this revelation,he posted his picture with his wife's on facebook,and wrote on his marital status,”Married”.

But in recent times,Yul,who is fast gaining ground in Nollywood has been stepping out in grand style with his beautiful wife,Mary,at different events.The couple was first spotted at Uche Jombo's movie premiere,”Damage” at Silverbird Galleria,Victoria Island,Lagos.

Mary Yul Edochie,an IT Consultant,though not a known face like her husband,she is not lacking in good looks.Her striking beauty accounted for the rush towards her and Yul by photographers as they both entered the venue of the award.

It is an understatement saying the paparazzi had a field day with the couple.Mary,not used to kleiglights and paparazzi was very shy and tried to shield away from the cameras,but this was an impossible task as the photographers practically mobbed them.

Yul joined the Nigerian movie industry in 2005 after a first degree in Theatre Arts from the University of Port Harcourt(UNIPORT).

He is not only a good actor,Yul is one of the high flying directors in Nollywood.