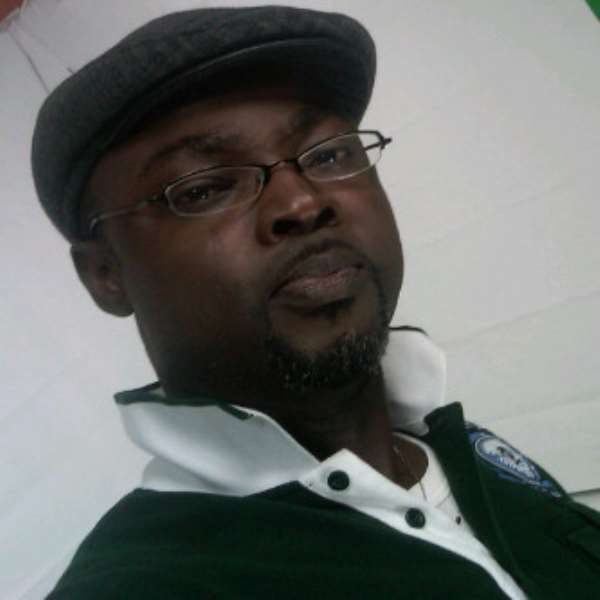 Popular comedian,Mc Abbey is one man that has every right to be happy at the moment.

On Sunday,August 28,2011,he was involved in an auto-crash that almost claimed his life if not for the special grace of God.

In a phone chat,he told us how the incident happened.

He said; Actually,I was on my way to the airport to board a flight to Asaba,Delta State for their anniversary celebration.And just before the Ikota Bridge,there was this danfo bus in front of me and also a trailer by my side.

Suddenly,a bike man carrying his wife and their baby came in front of the danfo bus and so,the bus quickly moved to the side of the trailer.And I was just left with the bike man and his family in front of me.

So,in order not to hit the bike man,I quicky swerved to my right but only to find out that I was very close to the culvert of the bridge.

And so,I quickly turned to my left only for me to see my two tyres suspended on the culvert.Unfortunately,the trailer was right behind me and so,it hit me and threw me to the centre and back to the culvert.

My car was dangling on the culvert close to the water.Miraculously,my car came back to the road and while all these happening,I was just shouting,jesus ! jesus!!

The trailer driver zoomed off thinking that I was dead.The danfo driver didn't stop,either.It was only the bike man that stopped

Asked if he sustain any injury;he said Not at all.People around thought I was dead.Likewise the trailer driver that drove off.

But luckily,I had no injury

Further findings on the state of the car revealed that the Toyota Avalon is badly damaged.The cost of repairing it is over a million.