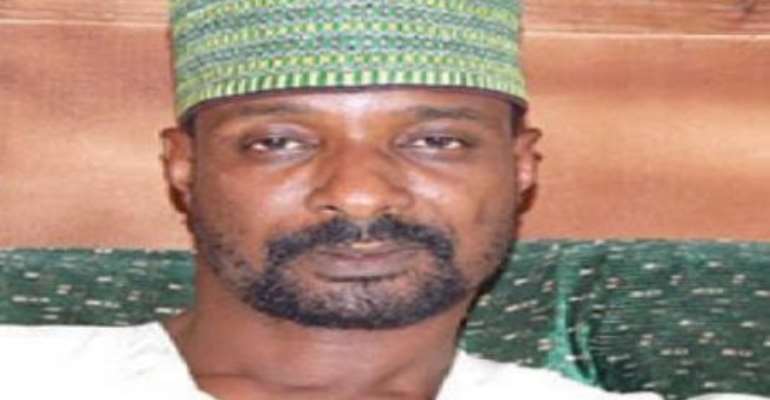 In what seemed to be survival of the fittest, members of the Motion Picture Practitioners Association of Nigeria (MOPPAN), an umbrella organisation of filmmaking in Northern Nigeria recently, convened an extra-ordinary convention and subsequently dissolved the alleged sit-tight executives.

Viewing the foregoing and mindful that the last convention was convened sometime in February 2009, some stakeholders, spearheaded by Hamisu Lamido Iyantama, a prominent player in the film business in Kannywood, resolved to convene the biannual conference of the assocation, with the crem-dela crem of Kannywood at the venue of the convention in Kano. Before the meeting, LEADERSHIP WEEKEND's INSIDE KANNYWOOD gathered that members of the giant association alleged that the Sani Mu'azu led executive have been unable to convene the biannual delegates' conference as stipulated by Article XIII (a) of the constitution of the association for reasons best known to them. It was also gathered that the Mu'azu-led executive was seeking a third term, which is considered an abominable offence as far as the association is concerned.

During his welcome address, the chairman of the convention, Alhaji Iyantama empahsised that his intention of hosting the conference is not unconnected with the fact that the members are unanimously seeking a way forward for the association. He assured that the conference will go a long way in addressing the problems of the sitting executives, whose tenure elapsed since February, 2011 and who failed to convene the conference for a new cabinet.

He therefore, called on all members to look at the issue positively and desist from the use of any vulgar language that may tarnish the image of any of the executives. He also quashed rumours that the conference was organised to 'deal' with some people among the executive. He said, “We are here today to discuss the problems of this giant organisation and the way forward for our industry. We shall also give room for deliberation and at the end; we are going to find a better way to call on the MOPPAN exco to, as a matter of urgency, organise a peaceful transition into the new cabinet.”

He also gave reasons why they are subjected to hold such a conference. Iyantama said, “Subject to official clearance by the Nigerian Police Force, we view that due to failure of convening of the conference for the past two years by the exco for reasons implicit to them, that we are comfortable that we can proceed to hold this conference to the extent that the delegates' number is not less than 50% of the entire paying and qualified members of the association as captured in Article XVII (2) & (5), which says; The supreme authority of the association shall be vested in the biannual delegates conference... and that the decision of the biannual delegates supersedes any decision taken by the national executive council in any related matter.” He said.

The convention, which hosted about 120 participants which cut across the northern states, unanimously agreed that MOPPAN's executive body be dissolved and set a caretaker committee be set up for a transition to hold election within a stipulated time.

At the end of the convention, the congress collectively agreed that:
1. The entire delegates from all 19 northern states of the Federation have resolved to dissolve with immediate effect, the leadership of the association under Mal. Sani Muazu for its failure to step down on the expiration of its tenure since February 2011 and the deliberate refusal to effect a smooth transition as enshrined in the constitution of the association.
2. The delegates also rightly observed some shoddy dealings and mismanagement by the same leadership which amount to gross misconduct and lack of sense of direction.
3. It has also been resolved that an interim leadership be formed to steer the activities of the association and ensure smooth transition to a democratic leadership within the span of 45 days. The following were unanimously nominated into one of the committees.
a. Adamu M. Bello – Chairman
b. Safiyanu Lawan Kabo - Secretary
c. Ibrahim Goboro KT Treasurer
d. Ahmed Bifa PRO
e. Bello Achida Member

4. The congress also approved the nomination of some of its members to serve as members in two committees namely: Constitution Review and Revenue Mobilisation.
5. This communiqué was made under the leadership of Alh. Hamisu Lamido Iyan Tama and the following as members:
a. Isma'il Afakallahu
b. Al-Amin Ciroma
c. Kabiru Arayu
d. Abdullahi Maikano
e. Adamu Bello (ability)
f. Mikha'il bn. Hassan

6. The communiqué was endorsed by 99% of the delegates present on that day. Other members that were absent could also attest with their signatures and names.

Meanwhile, the ousted President, Sani Mu'azu, in his reaction to our reporter maintained that the convention held was illegal and his cabinet is working out modalities of making the transition a hitch-free evolution. He quarried the said delegates at the convention and maintained that his cabinet is still in force as MOPPAN national executive council.