TO SUSTAIN ANY FORM OF RELATIONSHIP,IT'S BETTER NOT TO TALK ABOUT IT.ACTRESS UCHE JOMBO 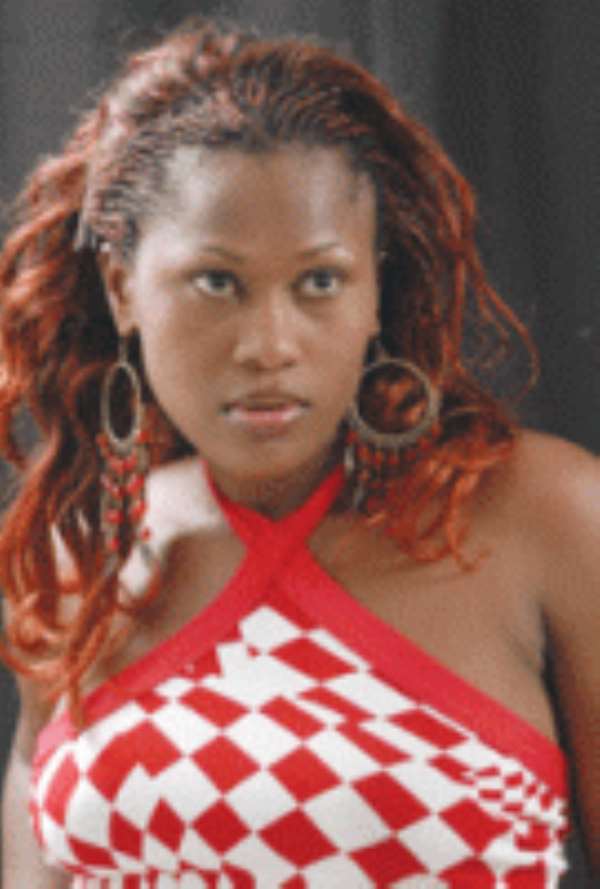 Recently, actress Uche Jombo recorded a milestone in her acting career when she launched a movie production outfit called, Uche Jumbo Studio, with which she intends to produce a number of films, including the “Damage Trilogy.”

The Damage movies are a collection of three movies with distinct yet interwoven stories, which is already making waves in the cinemas across the country. In this encounter, the actress explains why she decided to embark on the project, and her private life.

Excerpts from the interview

You had an accident last June. Was it in the process of shoot your film?

I was returning from an event organised by LG before the accident occurred. I didn't sustain any serious injury, it was a miracle for me. I thank God for his mercies and once again. I'm reassured that my work here on earth is not yet completed.

You premiered your movie “Damage” recently. How is the movie doing in the cinemas ?

So far so good. The response I have been getting from the cinemas is very encouraging and I'm happy about it. First and foremost, the movie is an advocacy trilogy, an experimental one for that mater. People are really identifying with the project. They love the film, “it's the Lord's doing and it's marvelous in our eyes”.

Yes, “Damage” is a trilogy movie but this is the first of that trilogy, which is why the responses we are getting are very encouraging. There are two other movies that will be released soon.

The first movie is Damage which dwells on family violence, followed by “My Life, My Damage”, based on the consequences of drug abuse and HIV/AIDS. The last is My Country, Their Damage, which deals on human trafficking.

Basically, the trilogy is an advocacy project from the same socially related subjects that have been talked about over and over again,. But now, seen from a different angle. For example, in Damage ,you will see more of domestic and family kind of story based film.

We decided to explore a situation where couples are violent people to send a strong message to our target audience. Also, when you see films that dwells on AIDS, you will discover that such films mostly talk about contacting AIDS virus through sex or someone living a promiscuous life.

But here, we take the other way around, talking about AIDS that can be contacted through sharing niddles and other unprotected means.

On “My Country, Their Damage”, the last of the trilogy is expository. When people talk about human trafficking in Nigeria, what usually comes to mind are Benin girls.

But in this movie, we tried to look at the other form of human trafficking that has to do with enslavement and labour. That's human trafficking as far as I'm concerned, and nobody is talking about it. That's basically what the trilogy is all about.

Are you telling somebody's story here or your own story?

There is this impression that you are gradually shifting from acting to producing films. What is the true position?

Damage is my third attempt as an executive producer. I don't think it's true, because I'm convinced it's a process. I have gotten to a point in my career where I'm putting my money where my mouth is. It's quite simple. I have always been a script writer, an actress and a producer.

The desire to set up my own studio was as a result of my project. I would have spent more than necessary if I didn't set up a studio. However, I wouldn't call myself a producer, rather I'm an investor in an industry that made me who I am today.

Nollywood as an industry has given me a loud voice, and I will not forgive myself if I bow out of the stage today without doing the kind of films I ordinarily would love to watch. I'm a lover of films. I go to the cinemas to see movies. I have gotten to a point in my career where I don't want to be known as Uche Jombo , the script writer, the actress and the producer.

I want to be known as Uche Jombo, the film maker. If you like call it growth in the industry. I'm at a point where I want to introduce myself as a film maker and not just a writer, producer or actress. I'm still getting scripts from producers.

After Damage, what next?

I am still doing other projects. But the trilogy is what we are concentrating on, at the moment. We still have two more movies to produce,. At the moment, I'm still doing post-production as well as something for “Holding Hope.

In your acting life, did you ever get asked for sex before you were given a role?

Not at all. May be, it's because of the way I started out or the way I carried myself. It's an over-flogged issue as it sounds.

I have one or two upcoming actresses who alleged how some producers asked for sex before giving them roles. When I inquired to know the producers , they refused to disclose their identities, and I was pissed-off because if you are not confident enough to disclose the identifies of the producers involved, why talking about it.

I think sometimes, people are too much in a hurry. They don't want to crawl before they run, I crawled , and therefore, someone like myself will not have that kind of experience.

What is your assessment of the industry ?

Where we are today is not where we were yesterday, and I'm sure, it's not where we are going to be tomorrow. We are rated the second largest film producing nation, and it's something we should be happy and at the same time sad because Nollywood is still a self-driven industry.

I know that Nollywood really lack both the manpower and talents. But we probably might lack one or two things in terms of technicality. However, more people that have the right equipment are coming into the industry and hopefully, with time, things will get better in the industry.

What informs the kind of role you play in movies?

I am still a growing actress and I keep maintaining that. I still have some roles I have not played and I would like to play. It's basically the roles that challenge me as an actress.

What's the most silly thing you have done in your career as an actress ?

I can't remember any presently but of course, I have done so many silly things. It's not possible as a human being not to do some silly thing, things you might purse and say, I'm sorry. But do we learn from it. That's where the question lies. I am sure I have done somethings that when I look back , I have every reason to regret my action.

Is there vacancy for relationship in your life or are you already hooked?

Are you asking me if I am single : of course I am. When I will get married , you will hear of it .

One observes how much you try to keep your private life away from the public knowledge?

Yes, I do, because I have learnt from the mistakes of other celebrities . It is what sustains any form of relationship you have. It's better not to talk about it . Every other thing about you is already in the public eye.

You have invited the people into your life , by what you do . There are no apologies if they talk about you in a manner you don't like. But as a celebrity, you must learn to maintain your silence .There is every need for one to learn to separate what you do, to earn a living from your real life.

You are aware of the too many divorce cases involving celebrities?

I don't blame anybody , but I just feel that , when you want to get married to your spouse, it's imperative you separate that person's life as an artist and also, as real person. It's also important to know more about the person you want to spend the rest of your life with. Don't marry an image.

If you have the chance, what would you like to change in your life ?

I am too frank to people. I will like to be more diplomatic, concerning the things I say to people.

Is there anything that would make you want to quit acting?

Will I ever quit acting? No, this is because if you see how I have positioned myself in the industry , it wouldn't be difficult for you to notice that I am not in a hurry to quit acting.

Are you damming or charming when it comes to relating with men?

I think I am charming in terms of my relationship with men.

How do you describe yourself?

The girl next door

Tell us more about your childhood. Are you aje butter or aje pako?

It wasn't an easy journey but growing up for me was fun. I'm in between an aje butter and aje pako. I don't regret anything while growing up because it formed part of what have made me today. While growing up, I stick to my dreams and today, my life is better for it. It was a long journey for me, but I'm grateful and it's a journey I will like to take again.

What's your relationship with your Abiriba nation?

I am Ada Nga-nga 1 of Abiriba and also, I'm an ambassador to my culture and to the average Abiriba girl. Because I come from a place where women are seen but not heard, I'm grateful to God for the voice He has given to me. My relationship with my culture is an honour I wear with pride.

What would you say life has taught you?

There is this rumour that you drink to stupor. Are you a drunk?

I'm just hearing that for the first time. Anyway, do I smoke? no! I have also heard people accused me of smoking marijuana(indian heap). If it's so, I must be a wonderful actress to be able to convince my audience to believe that I take certain things before appearing on set. I live a healthy life and I have no apologies to render to anybody for the life I have chosen to live.

But I take exception to people misleading the public about me. I have never smoked in my life and I don't go out of my way to over-drink or drink myself to stupor. I do understand what I represent globally. Like I said earlier, it took me a very long time to get to where I am today, and that's why I take myself too seriously. I have worked so hard to establish myself for anybody to run me down. 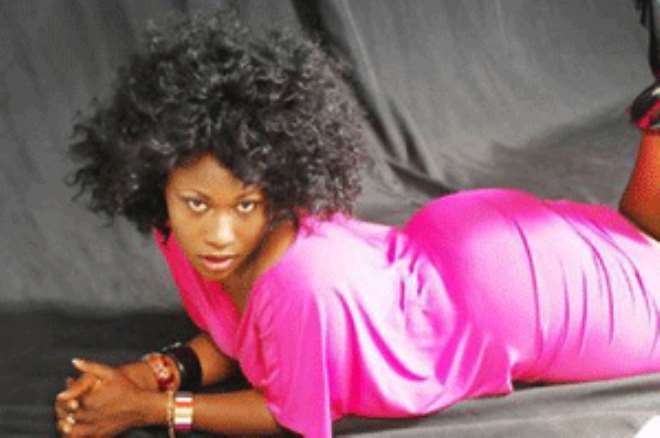